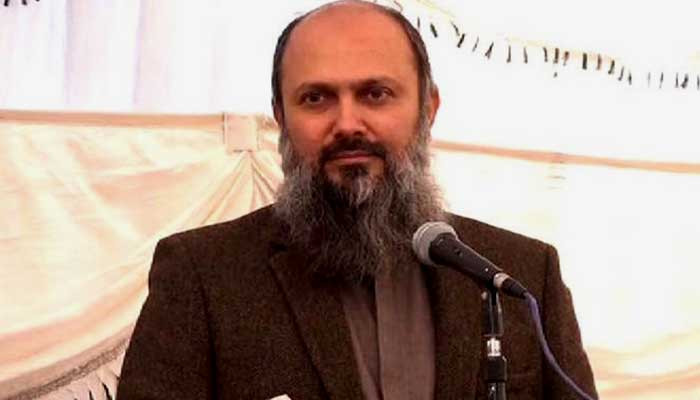 QUETTA: Balochistan Chief Minister Jam Kamal Khan Aliani has announced to withdraw his decision to step down from the post of Balochistan Awami Party (BAP) president just days after his resignation.

Addressing a press conference at the Chief Minister’s Secretariat, Kamal said that he did not want to resign from the post of Chief Minister. He was accompanied by members supporting the Awami National Party (ANP), the Hazara Democratic Party, the Jamhoori Watan Party, and the BAP MPA.

“I am ready to face all kinds of political crises and will continue to serve in this capacity for my five-year tenure,” the chief minister said. .

All members except one member of PTI. [of the assembly]At the same time, our allies are with us.

I have asked the party’s chief organizer Jan Mohammad Jamali to hold a meeting with all members of parliament as we are ready to talk to them.

Talking about some other political issues related to the province, Jam Kamal said that the provincial government was running. [successfully], Cabinet meetings have been held, and full measures are being taken to help earthquake victims in Harnai and other parts of Balochistan.

Answering a question, Jam Kamal said that he had not met PPP co-chairman Asif Ali Zardari in three years, so the news in this regard was wrong.

It may be recalled that Ailani had announced on October 1 that he was stepping down after completing a “good” three-year term, as he had asked BAP officials to convene a meeting and Announce BAP party elections as soon as possible.

On Monday, angry members of the provincial assembly (MPAs) – including lawmakers from the Balochistan Awami Party (BAP) and coalition parties – filed a no-confidence motion against Ilani.

In a motion filed in the Assembly Secretariat, the angry members said that during Aliani’s three years as Chief Minister, there has been unemployment, unrest and frustration in the province.

The motion, signed by 14 members, claimed that members of the provincial cabinet had informed the chief minister about the problems in Balochistan but he did not pay attention to them.

In addition, angry members demanded the removal of Aliani as chief minister and the election of a new provincial head, who had the support of the majority.

On September 14, 16 MPAs of the Balochistan Assembly had filed a no-confidence motion against CM Ilani, but it was later rejected by the Governor House Secretariat on technical grounds.

Last week, CM Elani said he would not step down at the request of “12 people”. “I will continue my struggle and I will not resign on the call of 12 people.”

In a press conference later on Tuesday, Information and Broadcasting Minister Fawad Chaudhry said that the Center wanted stability in Balochistan and all political matters should proceed in accordance with the law.

Chaudhry added that the Governor of Balochistan had briefed Prime Minister Imran Khan on the political developments in the province and would play his role in accordance with the law.