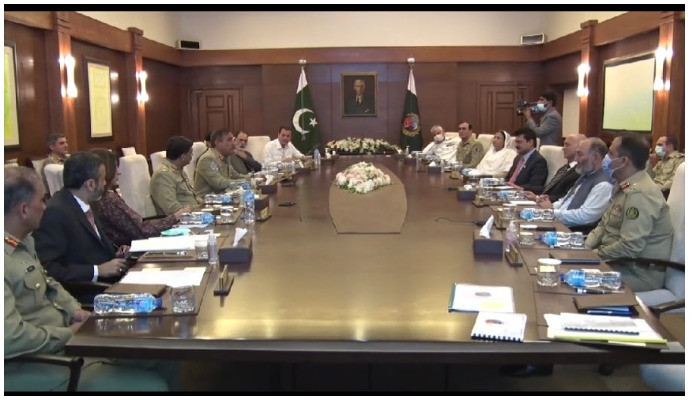 General Nadeem Raza, Chairman, Joint Chiefs of Staff Committee, said that the Joint Staff Headquarters was working for the protection and promotion of national defense and security.

The statement was made during a meeting with a seven-member delegation of the Senate Standing Committee on Defense at JSH Rawalpindi.

The Army Media Wing reported that the delegation, led by Senator Mushahid Hussain, who is also the chairman of the committee, was briefed on the role and functions of the Joint Staff Headquarters, the tripartite services work plan and security efforts. A briefing was given on the environment and defense forces for peace and stability in the country.

“JSH is working with a national vision that seeks to protect, safeguard and promote Pakistan’s defense and national security,” General Raza told the meeting.

He also highlighted the importance of peace in Afghanistan for sustainable development in the region, the ISPR said.