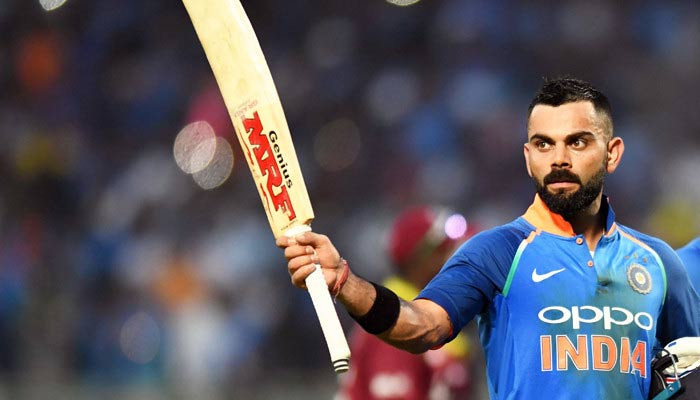 Dubai: Five years after losing the thrilling T20 World Cup final at the hands of the West Indies, Avon Morgan’s England debut as a tight favorite in the absence of Ben Stokes became a narrow favorite.

Postponed due to epidemics and relocated twice, the seventh edition of the tournament kicks off on October 17 with Oman – co-host with the UAE – competing against Papua New Guinea in the first qualifying round.

Top nations will join the event – 70% complete in stadiums – Australia and South Africa will open the Super 12 stage on October 23 and England holders will play against the West Indies.

England, the world number one in T20 cricket, beat New Zealand to win the 50 overs title at Lord’s in 2019 and a victory in the shortest format showpiece event will further strengthen their white ball dominance. ۔

However, Morgan will be without Stokes and Joffre Archer, who played a key role in their one-day World Cup victory, but vice-captain Jose Butler insisted the team was “definitely one of the favorites.”

“I know we’re missing Ben and Joffrey, the two superstars in the game, but I still look down the list and look at some real match winners.”

England had to defend 19 runs in the last over of the 2016 final at Eden Gardens in Kolkata, but Carlos Braithwaite hit four sixes in a row to give the Caribbeans their second World T20 title.

Many of the winning team will return, led by Caron Pollard and old war horses Dwayne Bravo, 38, and Chris Gayle, 42.

Asian companies India will start their campaign against rival Pakistan on October 24. Kohli will take to the field after the tournament before retiring as the captain of the T20 team.

Kohli will try to replicate India’s victory in the inaugural tournament in 2007 when then-captain MS Dhoni joins the team as a mentor.

Social buckling opener Rohit Sharma is widely considered to be Kohli’s successor and he will be the key to the team’s chances with Yorker King Jaspreet Bumrah.

KL Rahul, meanwhile, hit the most sixes in the Indian Premier League, 30, which ended shortly before the T20 World Cup and gave many stars a chance to get used to the UAE pitches. ۔

Glenn Maxwell, for example, scored 513 runs in the world’s most popular cricket league, including six half-centuries, a performance that would boost Australia’s hopes of winning their first T20 title.

Australia’s white ball captain Aaron Finch has said that he and David Warner will start batting even though his left-arm teammate was dropped twice by Sunrisers Hyderabad in the IPL.

‘Six, seven teams that can win this tournament’

Neighboring New Zealand, led by Kenny Williamson, will be eyeing two consecutive world titles after beating India in the final in June to win the inaugural Test championship.

“We are in a difficult pool, I really think there are six, seven teams that can win this tournament and I think it’s good for world cricket,” said Kiwi coach Gary Stead.

Group 1 includes New Zealand along with India, Pakistan and Afghanistan, while England, Australia, South Africa and the West Indies are in Group 2.

South Africa and former champions Pakistan remain underdogs, while Sri Lanka and Bangladesh will have to fight associate nations to join the heavyweights in the Super 12s.

A few weeks after the Taliban took over the country, the winner of the dream will be Afghanistan abroad, with all its players living abroad.

The tournament was originally scheduled to take place in Australia in late 2020 but was canceled due to epidemics.

Then it was to take place in India and eventually it was shifted to the Gulf, but the Indian Cricket Board, along with the BCCI, is still the host.

The matches will be played at four venues at Dubai International Stadium, Sheikh Zayed Stadium in Abu Dhabi, Sharjah Stadium, and Oman Cricket Academy Ground. The final is scheduled for November 14 in Dubai.