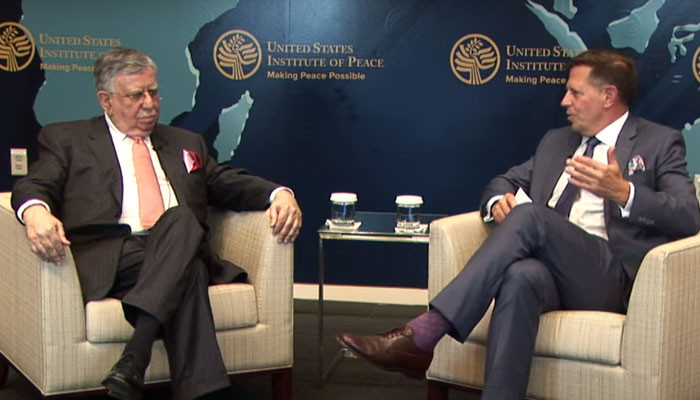 The finance minister is in Washington with other top government officials as part of the sixth and seventh reviews of the IMF’s ارب 6 billion loan program under the Extended Fund Facility (EFF).

During talks at the US Institute of Peace, Shaukat Tareen made it clear that the government would take steps to curb inflation in the country before raising electricity tariffs, adding that the Pakistani government had approached the IMF on the issue. in.

He said he was bringing reforms to strengthen the country’s economy. Steps are being taken to privatize some of the loss-making state-owned enterprises to reduce the fiscal deficit, he said.

He said that the government has put the country’s economy on the right track and expressed hope that Pakistan’s growth rate would exceed 5%. Tareen added that the country would soon receive the sixth installment of the IMF.

The Finance Minister said that he wanted friendly relations with both China and the United States, adding that good Pak-China relations should not have any effect on Pak-US relations.

He added that Pak-US relations should be viewed from an economic point of view rather than just security.

The Minister said that Pakistan wanted friendly relations with all the neighboring countries including India. He further said that Kashmir is the bone of contention between Islamabad and New Delhi.

Talking about Afghanistan, Shaukat Tareen said that the Taliban government in Afghanistan is a reality and Washington needs to understand that Afghanistan needs humanitarian aid.

If the world leaves Afghanistan, it could be affected by the expected anarchy, he said, adding that Pakistan would be the most affected country in that situation.

Tareen said Pakistan has resolved 26 of the 27 operations of the Financial Action Task Force (FATF).

“Some countries are punishing Pakistan,” he said, adding that if it had been another country, it would have been removed from the gray list long ago.