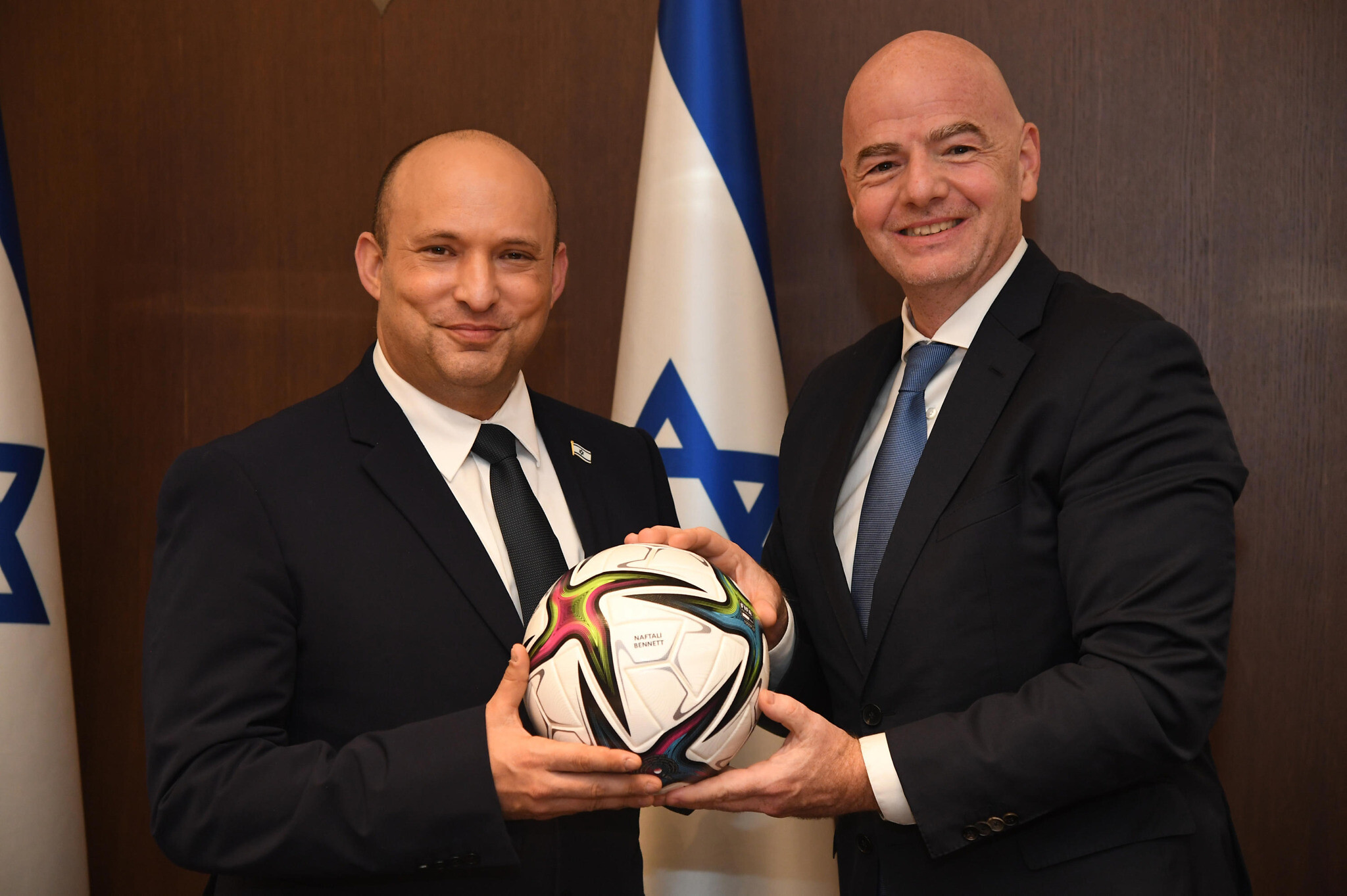 FIFA President Eugenie Infanton met with Bennett and President Isaac Herzog on Tuesday to conclude a two-day visit to Israel.

The head of the governing body of world football was asked about the possibility of the country hosting a major FIFA event during his visit to Israel.

“You need to have vision, dreams and ambitions,” Infantino said, according to a FIFA statement.

“I think co-hosting is the future, so why not dream about it and think about it – whether young or senior, male or female – because the FIFA World Cup brings people together and unites them. It’s a unique magic to do. People. “

In a statement, Bennett’s office said in a conversation with Infantino that “the FIFA president has raised the idea that Israel will host the World Cup in 2030, along with other countries in the region, led by the United Arab Emirates.” “

The statement said Steven Manucheh, a former US Secretary of the Treasury under President Donald Trump, was accompanied by US Ambassador to Israel David Friedman.

The Trump administration launched the 2020 “Ibrahim Accord”, which saw many Arab countries, namely the United Arab Emirates, Bahrain, Sudan and Morocco, normalize their relations with Israel.

The Middle East is set to host the 2022 Men’s World Cup in Qatar in November and December next year.

The United States, Mexico and Canada are co-hosting the 2026 World Cup.

Speaking at a conference hosted by the Jerusalem Post, Infantino emphasized the size of the undertaking in hosting the football World Cup.

He said that hosting the FIFA World Cup today is a big project. It’s more than just sports.

The governing body of world football said that during his visit to Israel, Infantino emphasized how FIFA wanted to contribute to peace and stability in the region.