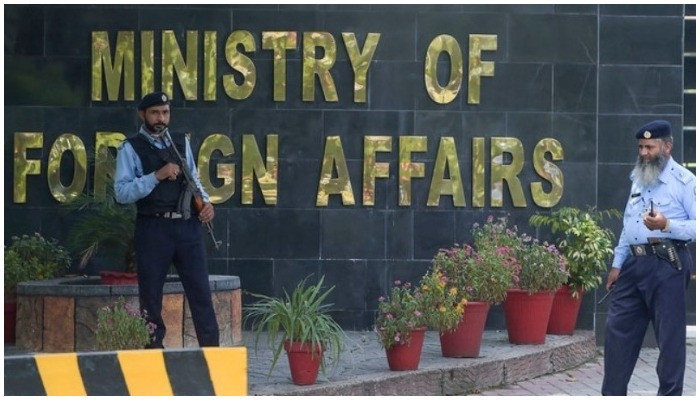 The Foreign Ministry on Thursday said that Pakistan had threatened to launch a surgical strike on Pakistan, with the exception of Indian Home Minister Amit Shah’s statement.

A statement issued by the MOFA said that Pakistan strongly condemns the alleged irresponsible and provocative statement of the Indian Home Minister and threatens so-called surgical strikes in Pakistan.

The MOFA termed the Indian minister’s remarks as “fraudulent” and said such statements “further show the inclination of the BJP and the RSS to stir up regional tensions”.

“This deceptive statement only exposes the regional tensions between the BJP and the RSS alliance for both ideological reasons and political expediency, which is based on hostility towards Pakistan,” the statement said.

It said the statements “serve as a ploy to divert the world’s attention from state terrorism in India and systematic human rights violations in Indian-occupied Jammu and Kashmir and against Muslims and other minorities in the world.” ۔

The ministry added that Pakistan, a “peace-loving country”, has repeatedly drawn the attention of the international community to India’s “nefarious plans to hoist false flags” to involve Pakistan and Kashmiris.

The ministry recalled Pakistan’s action in the 2019 India-Pakistan confrontation, which it called “India’s Balakot misguided adventure”, saying “no effort should be spared at the end of Pakistan to thwart any offensive design”. Will

Pakistan’s swift response to India’s Balakot mismanagement in 2019, including the downing of Indian warplanes in Azad Kashmir and the arrest of Indian Air Force pilot Nandan Worthman, the willingness, capability and readiness of our armed forces to stop Indian aggression. Demonstrated fully. The MOFA statement said.