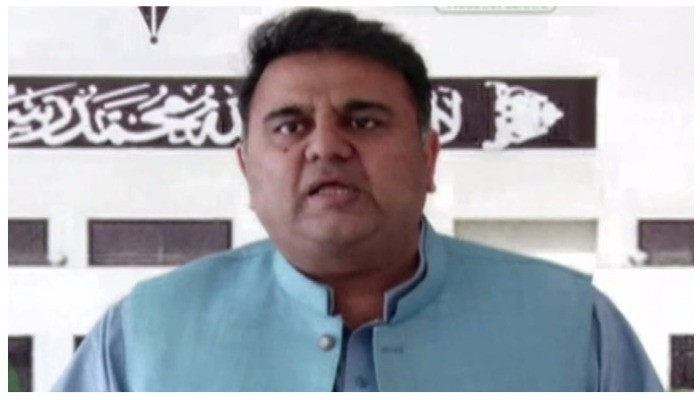 During a press conference in Islamabad, Chaudhry said, “The same procedure was followed on the issue of appointment of ISI DG.”

“The ambiguity regarding the appointment has been removed,” the minister said.

The appointment of the Director General of Inter-Services Intelligence (ISI) will be decided in a climate of trust.

Chaudhry said that Prime Minister Imran Khan had said that civil-military relations were not as good in the entire history of the country as they are now.

He said that the Prime Minister gave his credit to Army Chief General Bajwa who has always given institutional support to democracy and civil leadership.

The Minister said that DG ISI would be appointed “soon” which is already in progress.

Briefing the media about the issues being discussed at the meeting, Chaudhry said that Afghanistan was the focus of the talks.

He said that Prime Minister Imran Khan had taken the members of the parliamentary party into confidence over the situation in the neighboring country.

“Currently, Pakistan’s position is that we should not leave Afghanistan in this situation and continue to help it on humanitarian grounds,” Chaudhry said.

We are helping our Afghan brothers and we want the whole world to help Afghans.

He said Pakistan had relaxed visa requirements for Afghans and increased bilateral trade.

He added that the international community should also work to maintain stability in Afghanistan.

Chaudhry said that Prime Minister Imran Khan also talked about inflation and said that the rise in international prices was the reason for the recent rise in inflation in Pakistan.

The Minister said that the international price of petrol which was earlier ڈالر 40 per liter has now crossed 80 80.

Chaudhry said the government has formulated a new economic policy to tackle the problem of inflation.

The minister announced that the government was going to launch three major projects in November – Health Card, Kisan Card and Ehsas Card.

Chaudhry said that health cards have been distributed all over Khyber Pakhtunkhwa and now it is the turn of Punjab.