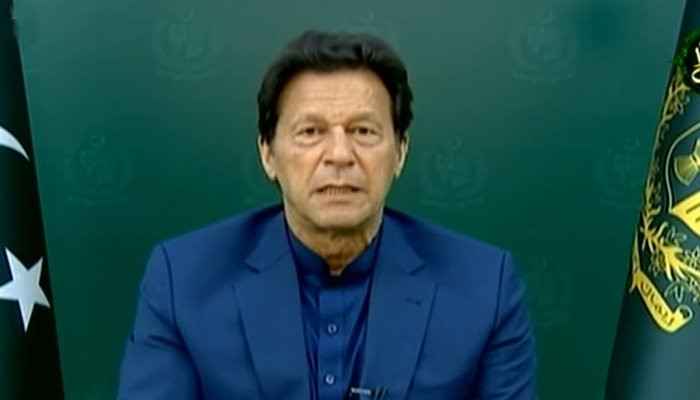 Sources said that the Prime Minister made the statement in a meeting with the PTI’s parliamentary committee.

Prime Minister Imran Khan took the members of the committee into confidence on the current situation regarding the appointment of DG ISI and said: “There is no one better than me than the army”.

He later clarified that there was no misunderstanding between the government and the military leadership.

The Prime Minister had convened an emergency meeting of the ruling party’s parliamentary group at the Parliament House to discuss important national issues.

According to sources, several PTI members protested against the sudden convening of the meeting by PTI chief whip Malik Amir Dogar.

He allegedly questioned why an emergency meeting was called at the last minute, saying it would take time to reach Islamabad.

After the meeting, Federal Minister for Information and Broadcasting Fawad Chaudhry held a press conference where he said that the decision regarding the appointment of the Director General of Inter Services Intelligence (ISI) would be taken in an atmosphere of trust.

“The ambiguity regarding the appointment has been removed,” Chaudhry was quoted as saying.

Chaudhry said that Prime Minister Imran Khan had said that civil-military relations were not as good in the entire history of the country as they are now.

Chaudhry said that the same procedure was followed on the issue of appointment of ISI DG.

The Minister said that DG ISI would be appointed “soon” which is already in progress.

‘Everything is mutually final’

Meanwhile, Interior Minister Sheikh Rashid also told the media after the meeting that “everything has been mutually agreed upon and finalized” and that there is “a very good understanding” between the government and the army.

He said that the Prime Minister did not say anything about the interviews of the candidates for the post.

“He was looking at things from a political perspective, while the military has its own point of view,” Rashid added.