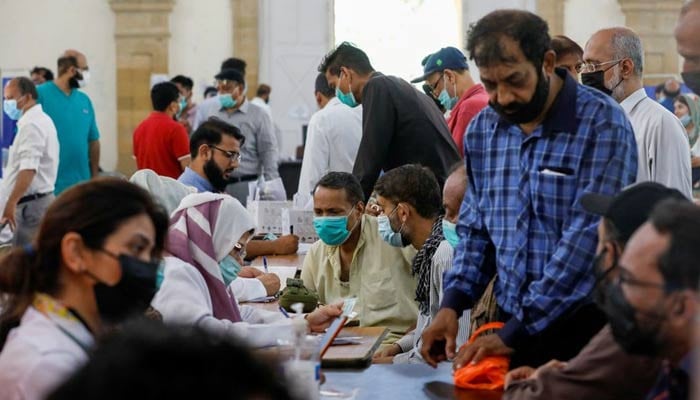 ISLAMABAD: In the last 24 hours, 1,086 new cases of Covid 19 were reported in Pakistan, bringing the total number of active cases below 40,000 for the first time since the fourth wave of the epidemic began in July.

According to the National Command and Operations Center (NCOC), the latest increase brings the total number of cases in Pakistan to 1,262,771, while the death toll in the last 24 hours has risen to 28,228 in the country. Did

COVID-19 infections are declining in Pakistan, with an average of 909 new infections reported every day. That’s 15% of the peak – the daily average was reported on June 17.