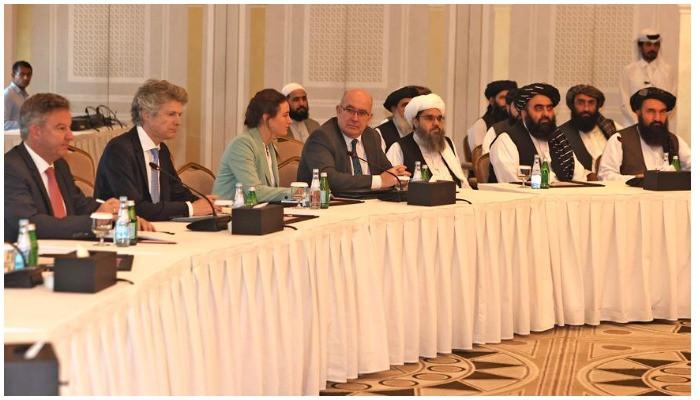 MOSCOW, Russia: A Kremlin envoy said Friday that Moscow expects talks with the United States, China and Pakistan on Afghanistan next week.

The news agencies quoted Zamir Kabulov as saying that the meeting would take place on Tuesday and that the countries would “try to work on a common position on the changing situation in Afghanistan”.

In March this year, the then-Afghan government and the Taliban decided to intensify peace talks at a meeting on the peace process following an international conference in Moscow.

The United States, Russia, China and Pakistan have called on the warring parties in Afghanistan to reach an immediate ceasefire, just six weeks before the deadline for the withdrawal of US troops from Russia last year.

Moscow hosted an international conference on Afghanistan in which Russia, the United States, China and Pakistan issued a joint statement urging the Afghan parties to reach a peace agreement and stop the violence, and on the Taliban. Don’t attack in the spring. And summer.

The conference was aimed at reviving talks between the Afghan government and the Taliban in Doha, the capital of Qatar, which were largely stalled by government allegations that insurgents had failed to stop the violence.

The Moscow conference was the first time the United States had sent a senior envoy to Afghanistan in 2017 in a format initiated by Russia. Options for its plans for the peace process.