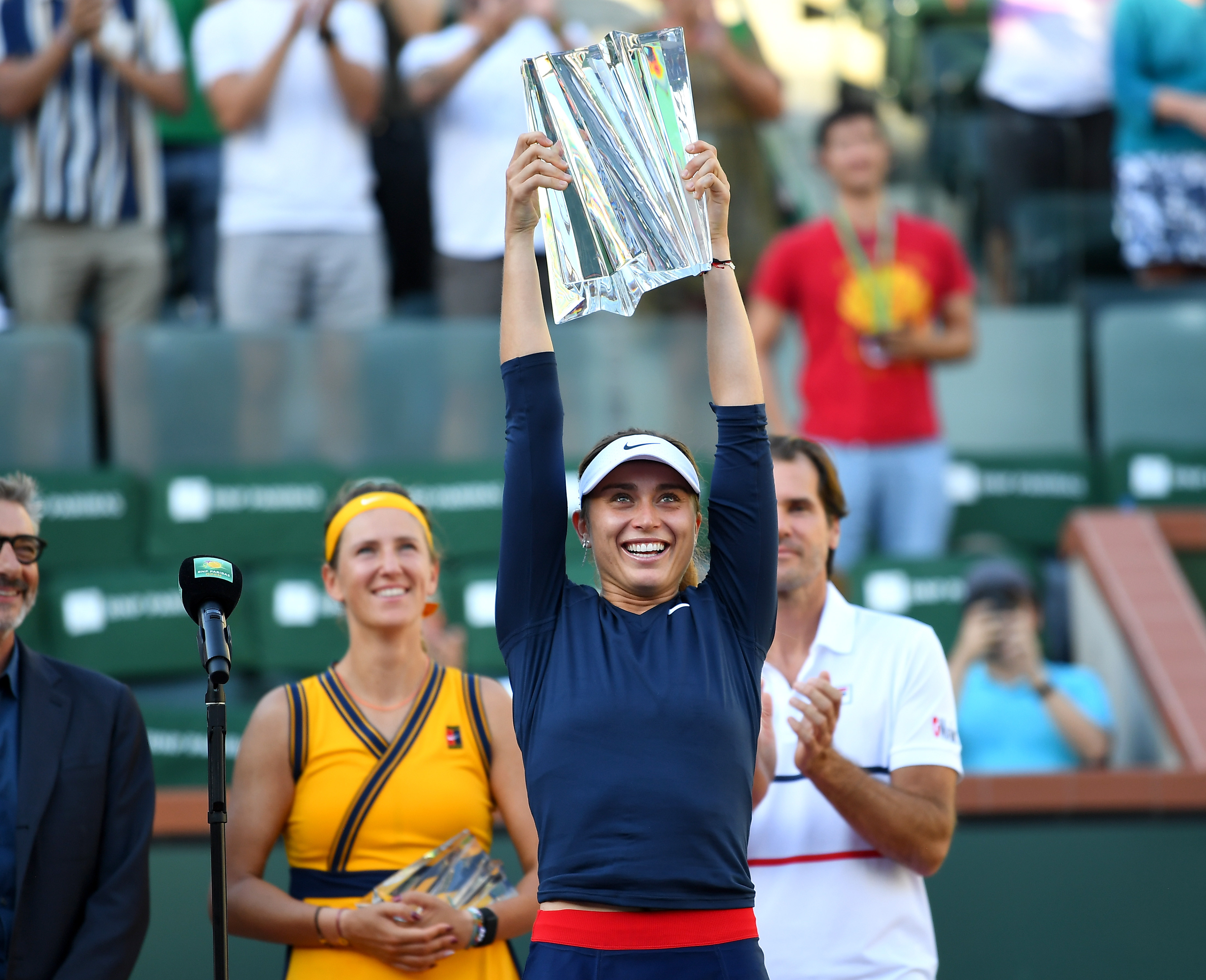 Paula Badusa showed her toughness to become the WTA Indian Wells champion in her desert start on Sunday, with a hard-fought contest against two-time champion Victoria Azarenka, a three-set victory.

“I wake up every morning and my dream is to win a tournament like this,” Badusa said. “I have to work hard and always believe. The key is to enjoy the journey.”

Badusa won his first WTA final in Belgrade earlier this season, but he did so by retiring Anna Konjo.

It was a sweet one because Badusa had to close the championship point on the court, hitting a foreign hand winner with an open hammer in which only Azarenka could see the cell.

Badusa celebrated the biggest victory of his career in the first court, with both hands covering his face while the crowd cheered.

“It’s a dream come true,” Badusa said during the post-match celebrations at the court.

He then turned to Azarenka and said, “I remember when I was 14 or 15 I saw you win a Grand Slam and I hoped I could play like that one day.”

Azarenka, a two-time Australian Open winner, was trying to become a WTA winner for the first time in Indian Wells.

He fought several times on Sunday, digging after leaving the first set in a hard-fought tiebreaker. But the 32-year-old Belarusian fell behind early in the final set tiebreaker and did not recover.

Badusa scored the first goal of the match in the seventh game of the opening set but Azarenka immediately leveled the score at 4-4.

Azarenka used an ace to win the fifth game of the opening set and then another ace to set a winning point in the ninth game.

The first set took an hour and 20 minutes, including a hard-fought tie-breaker.

Badusa took a 4-0 lead but Azarenka turned his way to level it 5-5. Azarenka’s unforgivable mistake made the set point and Badusa overcame it with a cross-court four-handed winner to end the Maraston set.

Despite losing a serious first set in the tiebreaker, Azarenka saw both fresh in the start of the second set.

Azarenka began to get more into the net, which shortened the meetings. Azarenka set the tone by winning the first three games of the second and then presented the set with some solid places and some aces.

Azarenka hit an ace to get the point and then closed it when Badusa hit a backhand long.

Azarenka served in the eighth game of the third set as the two painted the lines in the longest rallies of the match. Azarenka pushed the backhand winner to level the set 4-4.

Azarenka took a break in the ninth game but Badusa returned the favor in the next game as the third set went back and forth like the whole match.

The tie-break was a nightmare as veterans Azarenka looked exhausted and lost four of the last five points of the match.