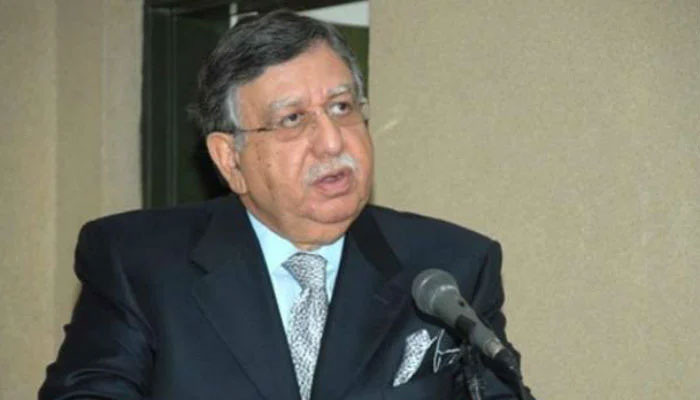 New York: Rejecting the impression that Pakistan’s talks with the International Monetary Fund (IMF) have failed, Shaukat Atwar, the prime minister’s adviser on finance, insisted that the talks were still ongoing. Geo News. Is informed.

To address exclusively Geo News.“Pakistan is still negotiating an agreement with the IMF,” he said.

He added that the impression that talks with the IMF had failed was wrong.

‘Give me some time’

He said the finance secretary was still in Washington. Tareen said the country’s economic situation would improve. “Give him some time,” he said.

A press release from the Ministry of Finance confirmed what the adviser had said earlier.

“Negotiations between Pakistan and the IMF are moving forward in a positive way. The Secretary of the Finance Division is leading the talks in Washington DC, while technical teams from both sides are holding detailed discussions in a virtual format. [the] Exchange of relevant data sets.

No time frame was set at any stage for the end of the talks.

The IMF is dissatisfied.

As in a previous report. NewsDespite Pakistan’s tough measures, the IMF is dissatisfied, which is why both sides have failed to reach an agreement at the staff level.

Despite difficult efforts and meeting the IMF’s toughest conditions, electricity rates have been increased by an average of Rs. 1.39 per unit for baseline tariffs, POL prices have been increased by Rs. Due to this, the IMF staff is not yet satisfied with the macroeconomic framework under the Memorandum of Economic and Monetary Policy and without agreement on it, the staff level will not be agreed upon and the IMF installment is at risk. Will fall

Sources said it was a worrying development that IMF staff was still working mainly on reducing the financial framework, the external front and the power sector.

Reconciliation on MEFP requires extraordinary expertise as the addition of incorrect or inappropriate data may result in suspension of the IMF program. Any failure to reconcile estimates would prevent Islamabad from completing all future assessments under the 6 6 billion EFF arrangement.

In order to complete 36 months of expansion fund arrangements, Pakistan will have to complete 12 reviews, so the MEFP must be finalized with meticulous management and professionalism.

The State Bank of Pakistan (SBP) estimates the current account deficit (CAD) will be about 3% of GDP, equivalent to 9 9.5 billion for the current fiscal year. However, the IMF has raised the CAD and the MEFP will present a clearer picture, but the fund’s staff is presenting it at more than 4% of GDP.

In the power sector, the IMF also considers the pace of circular debt collection to be higher than the government’s claims.

Although the government has approved an increase of Rs 1.39 per unit in electricity tariff, the fund estimates that Pakistan will have to increase the fuel price adjustment to Rs 1.50 to Rs 2.50 per unit. Ongoing quarter of the current financial year (October-December)