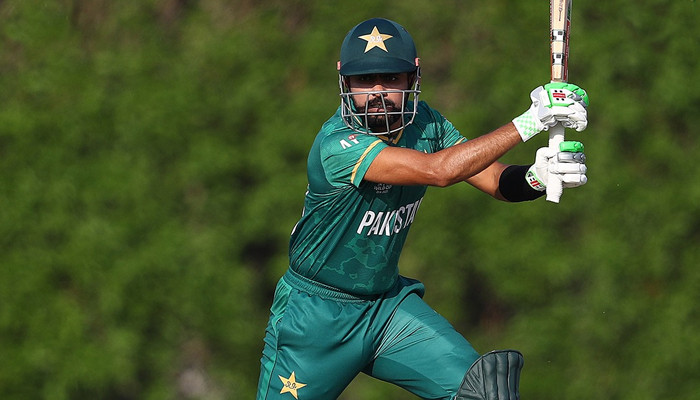 Fakhr Zaman and captain Babar Azam performed brilliantly with the bat as they scored 46 and 50 runs respectively while Pakistani bowlers also took timely wickets to keep the West Indies at 130.

In the first warm-up match between the two teams, West Indies won the toss and elected to bat first against Pakistan.

West Indies’ Ravi Rampal sent Mohammad Rizwan packing early in the 13th over, while Hayden Walsh took the wickets of Babar (50) and Mohammad Hafeez – who went to zero.

Hassan Ali remained one of the Pakistani bowlers, taking two wickets (Fletcher and Puran) while conceding just 21 runs in his four overs.

Left-arm bowler Emad Wasim performed brilliantly along with the ball, conceding just two of his three overs at an economy rate of two overs. He also managed to get Ruston Chase’s skull.