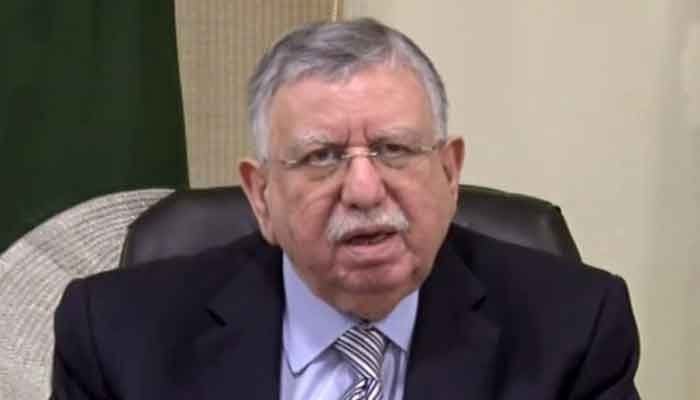 ISLAMABAD: The federal government on Monday appointed Shaukat Tareen as the prime minister’s adviser on finance and revenue, after his six-month constitutional term ended on October 15.

According to the notification issued by the Cabinet Division, Shaukat Tareen’s new status will be equal to that of the Federal Minister.

Tarin needed to be elected as a senator to remain in office for more than six months, which was a condition.

Prime Minister Imran Khan had appointed Tarn as Finance Minister in a reshuffle in the federal cabinet, replacing Hamad Azhar, a few weeks after giving him the ministry.

As the six-month term of the finance minister has expired, by law, Tarin will not be able to chair the Economic Co-ordination Committee (ECC) and other cabinet committees.

Once the three senators are elected, they will take back the portfolio of the Ministry of Finance.

Shaukat Tareen’s term as Finance Minister is coming to an end.

Earlier on October 15, the government had decided to appoint Shaukat Tareen as the Prime Minister’s Adviser on Finance as his six-month tenure as Finance Minister was coming to an end.

Tarin was to be elected as a senator – a condition to continue as finance minister – because the six-month deadline to elect him as a member of parliament was coming to an end that day.