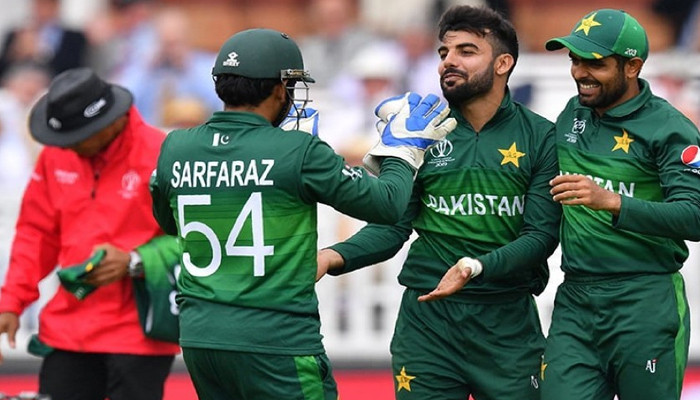 Pakistan cricket team management has decided to play in the remaining matches of the T20 World Cup, including a high-octane match against India, with a mix of senior and experienced players.

According to a report. Geo News.“Unless the fitness issues escalate, the same combination that is playing in the warm-up matches will be seen in action against India,” the source said.

Sources said that it is likely that Babar Azam, Mohammad Rizwan, Fakhr Zaman, Mohammad Hafeez, Shoaib Malik and Asif Ali will be included in the playing XI.

Among the bowlers, Shaheen Shah Afridi, Hassan Ali and Haris Rauf are likely to be included in the playing XI.

As far as all-rounders are concerned, Shadab Khan and Emad Wasim are being declared in favor of being included in the playing XI by the team management.

The team management is also considering the importance of the dew factor in night matches.

Pakistan’s match against India will be played on Sunday, October 24 at 7 pm. Shaheen will participate in the training session today.

Pakistan won by seven wickets against the West Indies on Monday when the two teams faced each other in a warm-up match.

In the first warm-up match between the two teams, West Indies won the toss and elected to bat first against Pakistan.

West Indies’ Ravi Rampal sent Mohammad Rizwan packing early in the 13th over, while Hayden Walsh took the wickets of Babar (50) and Mohammad Hafeez – who went to zero.