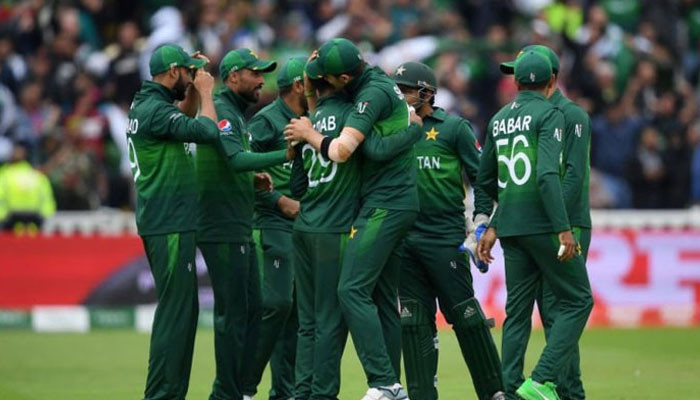 Pakistani spinners can wreak havoc on UAE pitches and lead the team to victory during the T20 World Cup. Geo News. Is informed.

The T20 World Cup is upon us and Pakistani cricket fans are eager to see their team in action against the top teams in the world.

Pakistan has played a lot of cricket in the last two decades and is well aware not only of the country’s situation but also of its pitches.

Cricket fans and analysts know Pakistani spinners (who are also all-rounders) Emad Wasim, Mohammad Hafeez and Shadab Khan, captain Babar Azam will be the main weapon against India and every other opposition there.

Here’s a look at how each of the pitches in the UAE has performed so far:

“Professor” Mohammad Hafeez, who is the most experienced campaigner in the team with Shoaib Malik, has played 27 T20 matches in the UAE where he has taken 14 wickets.

Emad Wasim, Pakistan’s all-rounder, is sometimes seen opening his bowling attack. He played 11 matches in the UAE and took 18 wickets.

Emad’s economy rate is 5.50, which is even better than Hafeez’s. Emad has been awarded four players for his outstanding performances in the UAE.

Pakistan vice-captain Shadab Khan has played eight matches in the UAE and has taken 12 wickets. Its economy rate in the UAE is 5.61 and it has won two out of six Player of the Match awards in the UAE.

Pakistan and India will qualify for the semi-finals

Former Pakistan cricketer and commentator Bazid Khan says India and Pakistan will be two of the four teams that will qualify for the semi-finals of the ICC Men’s T20 World Cup.

In a video uploaded by the ICC to his official YouTube account, Bayazid shared his insights into why the two teams would advance to the last four stages of the tournament.

“My reason [for selecting Pakistan as a semi-finalist] This is because Pakistan plays the best T20 cricket in the UAE. [UAE] Circumstances are very good for them. Here, don’t expect 200 vs. 200 games.

Khan said that in a game where each side scores an average of 160-160, Pakistan “plays its best cricket”.

“His bowlers also know how to bowl exceptionally well with a bowling cutter in the UAE and spinners do stump-to-stump bowling. They have done it all,” he noted.

Bayazid said matches in the UAE are not usually high-scoring, so the power-hitting element will also be eliminated.

He further said that the reason for India qualifying for the semi-finals of the T20 World Cup is that like Pakistan, Man in Blue also does not like high scoring games.

“India also has a bit of a problem when it comes to power hunting. They also rely on spinners and the pitches there will suit them. [Indian spinners]. Therefore, the target of 160-170 runs will be suitable for them.