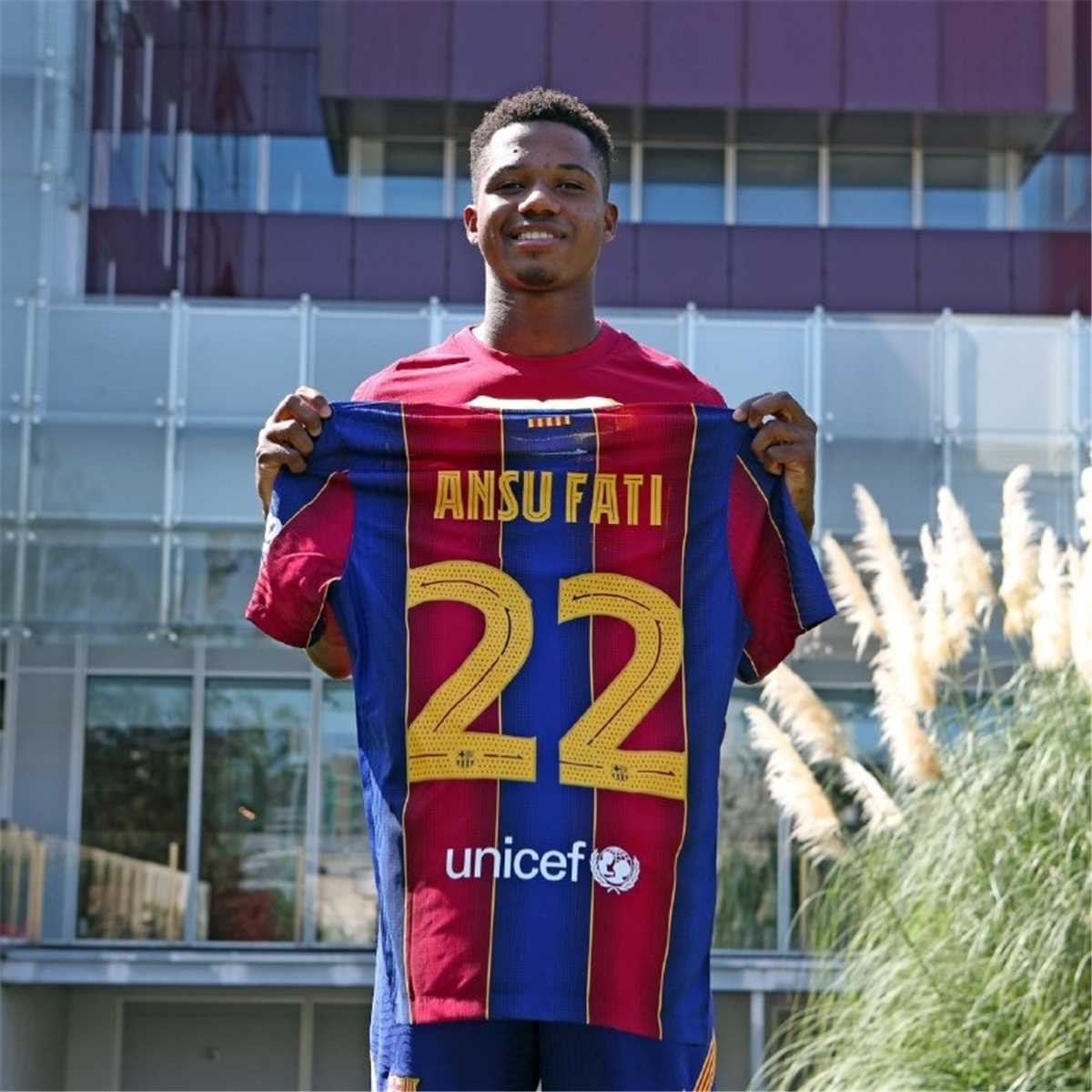 Ansoufati has extended his contract with Barcelona until 2027, the club announced on Wednesday, following a 1-0 victory over Dynamo Kiev in the Champions League.

Fati, who recently returned from a knee injury after nearly a year out, will have a release clause in a new ارب 1 billion deal.

“FC Barcelona and player Ansou Fatti have agreed to renew their contract until 30 June 2027. The purchase clause is set at 1 billion euros,” the club said in a statement.

Fatti, along with Spanish midfielder Pedri, is widely regarded as one of the most exciting talents in Barcelona’s emerging youth group.

The club’s statement described Fati as “one of the hottest features in football right now” and “one of the players in the squad with a bright future”.

After losing to Lionel Messi at the hands of Paris Saint-Germain in the summer, the 18-year-old has picked up Argentina’s famous No. 10 shirt at Barca and his return from injury has lifted his spirits in recent weeks.

He marked his comeback with a goal against Leonte last month and his second goal of the season against Valencia on Sunday.

The teenager, who turned 19 on October 31, is still recovering from full fitness and started on the bench against Dynamo on Wednesday, possibly in the Clasico against Real Madrid at Camp Nou this weekend. With the idea of ​​starting.

The forward has broken a series of records, including becoming the youngest Barcelona player in La Liga, scoring at Camp Nou and playing in the Champions League.

Fatti scored his first Champions League goal against Inter Milan at the age of 17, breaking a tournament record set in 1997.

In total, he played 47 matches for Barcelona, ​​scoring 15 goals.