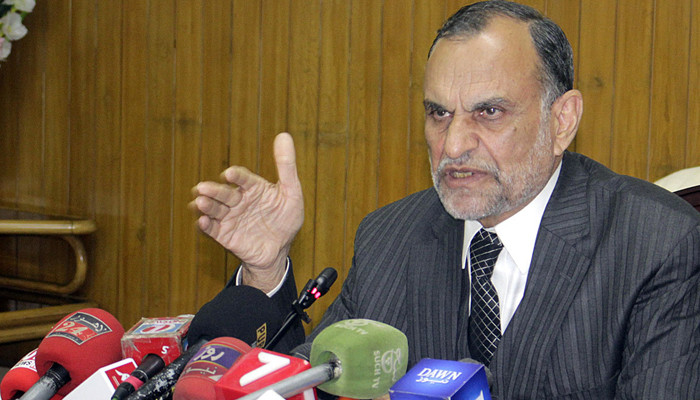 ISLAMABAD: The Election Commission of Pakistan (ECP) has issued a show cause notice and asked Federal Minister for Railways and PTI leader Azam Swati to appear in person and explain his allegations against the agency.

Swati’s lawyer was replaced by a junior lawyer in the commission, who said lawyer Chaudhry Faisal was busy in the Supreme Court.

Jatoi asked the junior lawyer why he did not brief the senior lawyer on the case, while Durrani pointed out that just giving a power of attorney would not solve the problem.

Swati had accused the Election Commission of taking money from companies manufacturing electronic voting machines during a meeting of the Senate Standing Committee on Parliamentary Affairs on September 10 and the second night was held at the President’s House.

He alleged that the ECP was destroying the country’s democracy and was involved in fraud.

Election Commission members walked out of a meeting of the Senate Standing Committee on Parliamentary Affairs following Swati’s allegations.

Three weeks ago, the ECP gave federal ministers Fawad Chaudhry and Swati more time to file a response to the allegations against the commission and the Chief Election Commissioner (CEC).

Sources in the matter said that the ECP has sought a reply from the federal ministers within three weeks.

He said that in case of non-compliance with the orders, action would be taken against the ministers under the Election Act and if evidence supporting the allegations was not provided, their behavior could be considered as an insult.

The ECP had sent notices to Chaudhry and Swati on September 16, seeking clarification from both the ministers within a week on the allegations against CEC Sikandar Sultan Raja and the commission.

However, the two ministers had on September 23 requested an extension from the ECP to submit their replies.

Chaudhry had said that the ECP had “become the headquarters of the opposition parties” and the Chief Election Commissioner was “acting as their mouthpiece”, Swati made the allegations during a press conference on the same day.