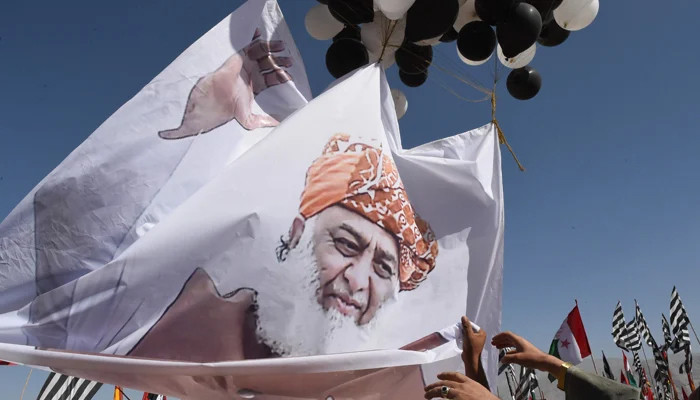 ISLAMABAD / LAHORE: The Pakistan Democratic Movement (PDM) on Thursday announced a nationwide protest against rising inflation to put pressure on the government.

Opposition coalition spokesman Hafiz Hamdullah said committees would be formed at the provincial level to protest.

He said that committees would be formed in Punjab, Balochistan, Khyber Pakhtunkhwa, Sindh and Islamabad to determine the places of protest in consultation with the districts.

Hamdullah added that the duration of the protests is two weeks, which could be extended over time.

“The PDM leadership and members of parliament will take part in the protest as much as possible,” the spokesman added.

He also said that the next meeting of the PDM Steering Committee would be held soon to review the political situation in the country.

Confirming the news, PML-N spokesperson Maryam Aurangzeb said that protests would be staged in Lahore, Karachi, Peshawar, Swat, Shangla and other cities after Friday prayers.

Aurangzeb said the PDM was protesting yesterday against rising inflation and unemployment.

Sharing more details, the PML-N spokesperson said that a procession would be taken out from Jain Mandir Chowk in Lahore tomorrow after Friday prayers at 3 p.m.

The PDM rally in Karachi will start from Empress Market tomorrow at 3 pm and a protest will be held in Peshawar at 4 pm under the leadership of Engineer Amir Muqam.

Meanwhile, the opposition will hold a protest in Ittehad Mianwali which will start from Railway Station Chowk to Committee Chowk on Sunday at 3 pm.

The PML-N spokesperson further said that a rally would be held in Bhakkar on October 24 at 10 am which would go all the way from Jhang Chowk Bhakkar to King Gate.

He said that protests would be held in Sargodha, Peshawar, Swat, Shangla and other cities tomorrow after Friday prayers at 3 p.m.