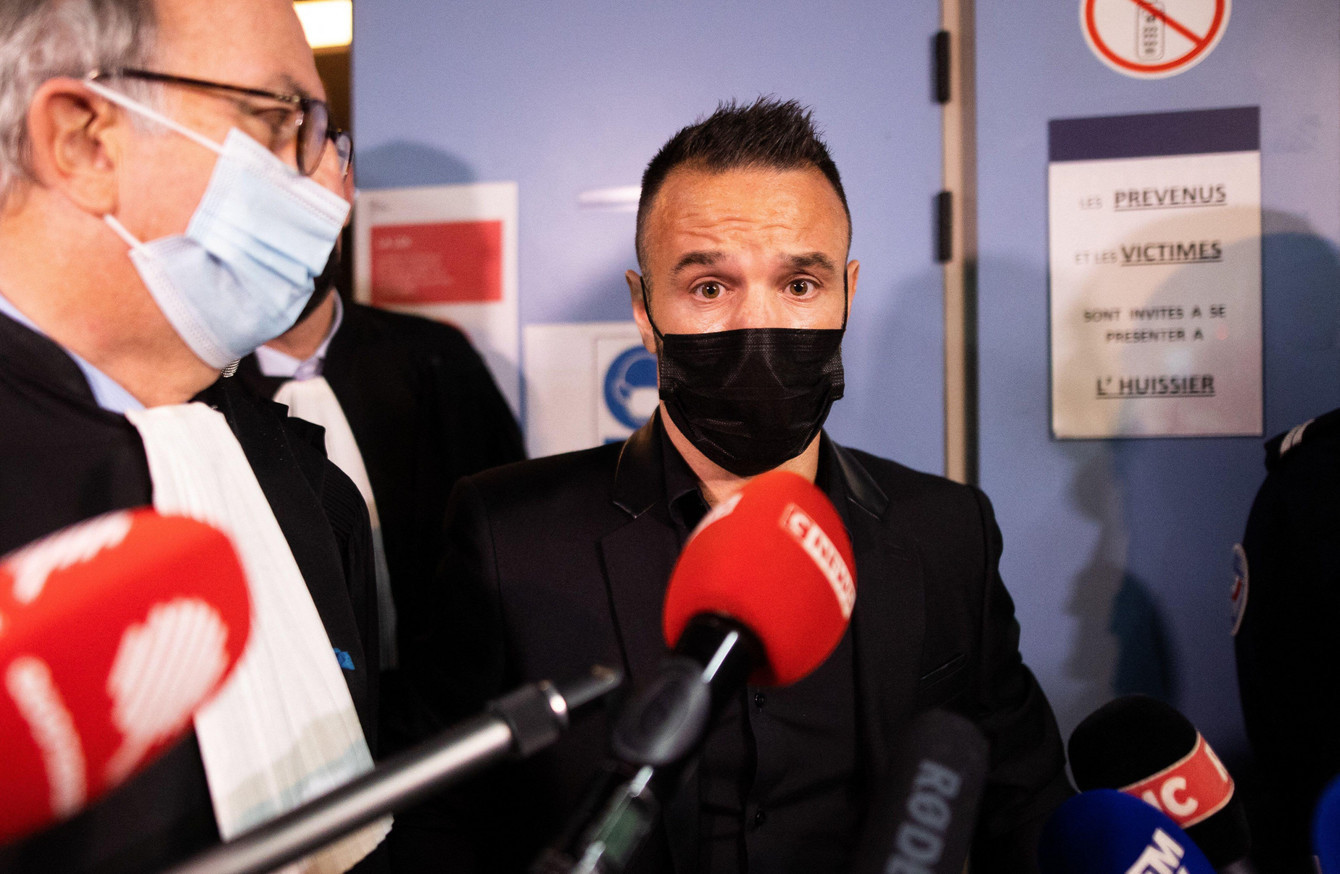 Former French international Mathieu Valbina told a court on Wednesday that he “felt threatened” after being targeted in an attempt to blackmail him with a sex tape, which led to the trial of his former partner, Real Madrid striker Karim Benzema. Has been run.

French striker Benzema has been accused of trying to extort money from Valbina over a video copied from his smartphone in 2015.

The issue shook the French national team and the 33-year-old Madrid star was sent off for five-and-a-half years before making a surprise comeback this year.

Valbina, who was also dropped from the squad, told the court at the start of the trial on Wednesday that he feared for his career when he realized he was being blackmailed.

Benzema, who scored the fifth and final goal in Tuesday night’s Champions League group stage victory over Madrid 5-0 against Shakhtar Donetsk in Kiev, did not take part in the action in Versailles, a Paris suburb.

He is being prosecuted along with four others, including two alleged masterminds of the attempted blackmail.

The controversy began when 37-year-old Valbina handed over his smartphone to Axel Ingot, which is connected to football circles in the southern port city of Marseille, where Valbina had previously played, and transferred its contents to a new device. With a request to

Angut received sexually explicit footage on the phone in which he and a friend, Mustafa Zoi, allegedly tried to exploit him with the help of various intermediaries, including prosecutor Benzema.

Valbina told the court that she learned about the video from former teammate Jibril Sesa, who contacted her in May 2015 to let her know that compromising footage had surfaced.

“At first, I didn’t believe him, I thought he was a bully,” said the midfielder, who plays for Greek club Olympiacos.

He said Cisse, who himself had previously been the victim of a similar blackmail attempt, then described the contents of the video, an excerpt of which Cisse found through the WhatsApp.

“I felt threatened. My first reaction was to file a criminal complaint,” said Valbina, who was wearing a black shirt and gray trousers in court.

The former Marseille player, who agreed to work with an undercover police officer on the matter, said he also feared his place on the national side.

“I knew that if the video came out, things would be difficult for me on the French team, as it turned out.”

Following the lead report, Valbina received a call from a first man accused of acting as a middle man, Younes Hoss.

House, which is charged in the case, told the court it did not discuss the money with Valbina.

He said the player “did not understand” the seriousness of his condition and advised him to seek advice from someone he could trust. He rebuked the presiding judge, who ordered him to “Stop trying to get you out” Mother Theresa “

Struggling to move on with Houass, Angot and Zouaoui then turned to Karim Zenati, an old friend of Benzema’s, who the prosecution says helped Benzema.

On October 6, 2015, Benzema visited Valbina in her room at the French national team training center in Claire Fontaine, west of Paris.

He told his colleague that he could introduce him to a “trusted person” so that he could “arrange” the possible release of the video.

What Benzema later claimed was an attempt to get his partner out of a difficult situation, telling him: “Be careful, ‘math, these are very serious criminals.’

Benzema then called Zenati and told police by telephone: “He is not taking us seriously.”

Prosecutors say the word “we” proves that Benzema considered herself part of a blackmail scheme.

In court, Zenati insisted Wednesday that he never wanted to be involved in a plot to blackmail Benzema.

Benzema argued that the secret police officer used dishonest methods to get him involved.

He complained bitterly about being dropped from the national team, accusing France coach Didier Deschamps of making a “racist” decision of North African descent.

Since returning to the squad for this year’s European Championships, he has given some impressive performances that have given him new popularity among French fans.

“He’s no longer the same person, he’s grown up,” Deschamps said this month.

While Benzema was reinstated, Valbina was never selected for the national team again.

Speaking outside the court, Zhaowei told reporters: “I’m sorry that poor Matthew deserved to go to the World Cup (in 2018, which Benzema missed) and to be honest, because of us, he did. Didn’t get a chance. “