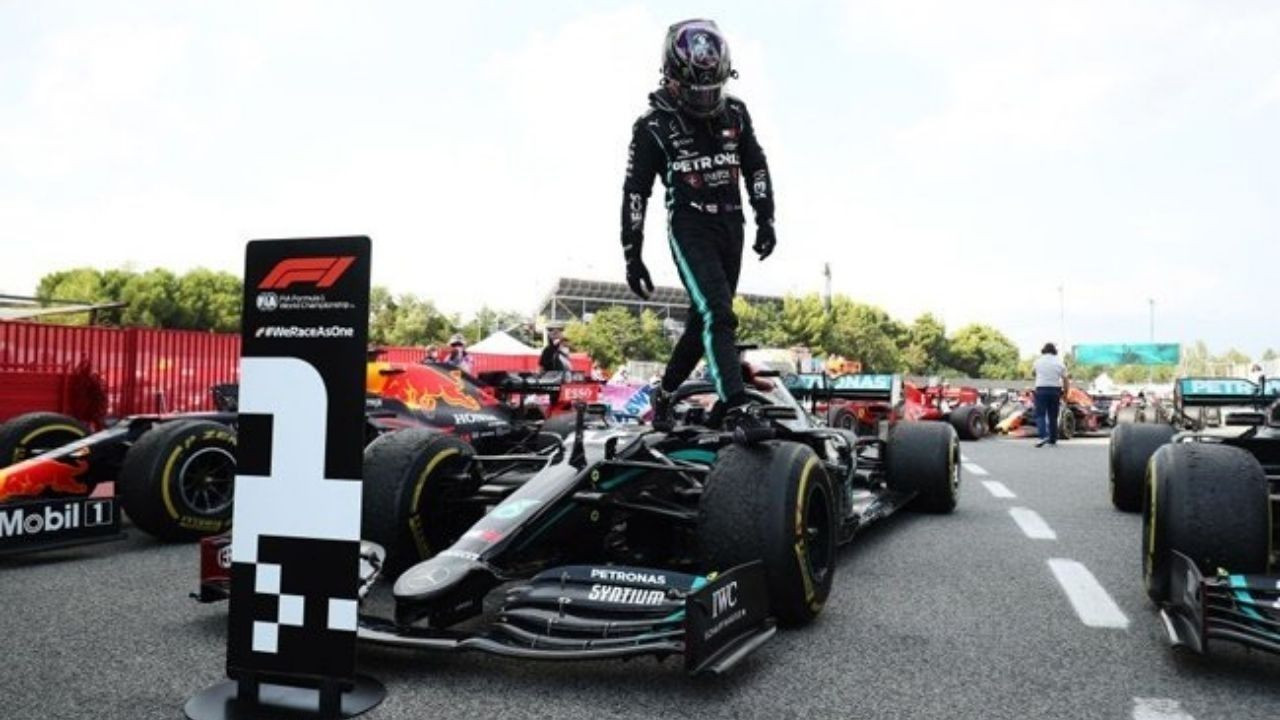 After arriving in Texas ahead of the United States Grand Prix this weekend, Lewis Hamilton took a pleasant, but realistic stance Thursday.

It’s a race he desperately needs to win in order to boost his hopes of winning an unprecedented eighth world title, which he found very difficult to achieve.

The Mercedes driver, who is looking for a record-breaking holiday win at the Circuit of America, to take a six-point lead over Dutch rival Max Werstapen with six races, said he was winning the title in one race at a time. ۔

“Every race has to be won somehow, you know, maximizing our points – that’s our goal in our next six races – and it’s going to be incredibly difficult,” he said.

“And there will be moments when we can get them out (Red Bull) and I don’t like to think that Mexico won’t be strong, but they are usually very strong in Mexico.

“So, I think it’s going to be close. There could be a lot in those six races and so I think we’ll just take it one race at a time and then give what we get. “

Hamilton and Mercedes have a strong record in Texas, the champion has won five times since the opening race in 2012 and has won seven podiums in eight races.

He added that he feels the race’s status and size have increased in recent years as F1 has established itself as a major sport in the United States, partly because of the Netflix series ‘Drive to Survey’. ‘S success.

“I think we knew from the start that there was a lot of potential here,” he said.

“My first race in the United States was in 2007, but I already went to the NASCAR race, the NFL game and the NBA game.

“And there are never enough games. There’s always more action and the progress I’ve seen over the years is huge.

“The amount of emails and messages I get from people I’ve known in the states for years, but who never knew what I was doing … now they’re tied up so I think one of them Many are coming this weekend. “

Asked about his relationship with Red Bull title rival Max Versatapen, Hamilton told reporters that despite the intensity of his fight for the championship and two crashes, it has not changed since last year.

“We have limited communication.

“Some drivers turn more than others,” he added.

“I wouldn’t say I’m hanging out with anyone here in particular, so like last year we’ll just see each other on the track and say ‘hi’.

“We will do the same this year. This year is no different for me personally.”

Verstappen revealed early Thursday that it is refusing to participate in the 2021 edition of the Netflix series this year. He said he did not enjoy the way he was represented in the previous series and suggested that some of the animosity was fake.

According to ESPN, which owns F1 rights in the United States, the series has been credited with doubling F1 viewing figures.

“It’s wonderful to be back here,” Hamilton said.

“It’s a place of great, great memories for me. It’s such a big country and just one race is not enough.”