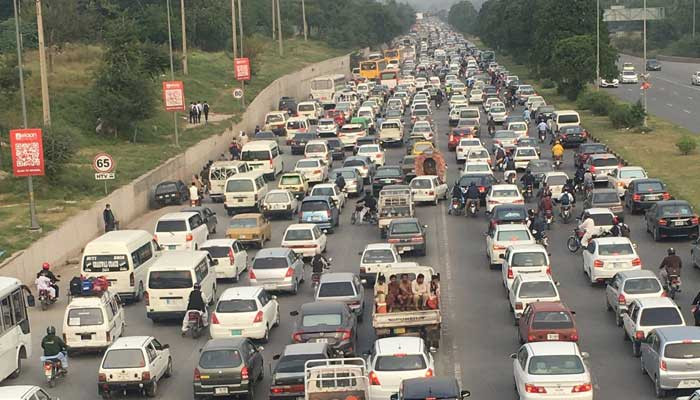 Members of various opposition parties took to the streets on Friday to protest rising inflation in the country. Geo News. Is informed.

Protests erupted across the country, including in major cities such as Karachi, Lahore, Islamabad, Peshawar and Rawalpindi, after the opposition called for protests.

Prior to the protests, the government closed roads in Lahore, Islamabad and Rawalpindi and took additional measures to protest separately from the banned organization and opposition parties.

According to the report, the protesters chanted anti-government slogans and demanded an end to rising inflation. Due to the rally, traffic on Quetta-Chaman highway was suspended for several hours.

The demonstration in Karachi began near the Empress Market, forcing the surrounding streets to be sealed off.

PML-N’s Qari Saifullah Saifi led the protest in Murree. When the protesters reached the city’s Mall Road, many tourists joined them.

In Mardan, protesters began to gather at the city’s Kachehri Chowk, while in Gilgit, members of the PML-N as well as the JUI-F took part in a protest rally at Ittehad Chowk.

A day earlier, the Interior Ministry had written to the Pakistan Telecommunications Authority (PTA) to suspend internet services in various parts of Lahore due to protests by the banned organization.

Meanwhile, the Islamabad Traffic Police has also issued a traffic plan (read below) as the city is ready to deal with the protest today.

Strict security measures have been taken in Rawalpindi, where authorities have suspended metro bus service and closed roads around it.

Authorities have also closed several roads in the inner city. Containers have been placed on the sixth road leading to Faizabad area while Faizabad Ojri Camp Road has also been sealed.

The city administration has said that the metro bus will run only from IJP road stop to Pakistan Secretariat while it will be suspended from Saddar to Faizabad.

The Islamabad administration has stepped up security measures to deal with the long march to the city of the banned organization. The city’s traffic police has asked citizens to use 9th Avenue and those who want to travel from Rawalpindi to Faizabad to use IJP Road.

“The Faizul Islam stop on Murree Road has been closed to traffic,” an ICT spokesman said. “Those who plan to travel from Islamabad to Murree Road should take the Islamabad Highway.”

Jinnah Avenue Road from Express Chowk to D Chowk has been sealed off, the spokesman added, adding that citizens should use NADRA Chowk and Ayub Chowk to enter and exit the red zone area of ​​the city.