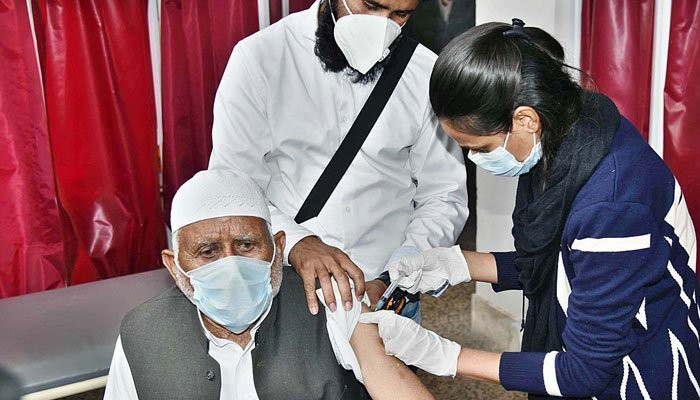 LAHORE: The Punjab government has decided to launch a door-to-door Covid 19 campaign from October 25 to reach the vaccination targets.

To meet the vaccination targets, the Punjab government has announced that it will launch a door-to-door corona virus vaccination campaign from October 25.

The notification issued by the provincial government said that the campaign would continue till November 12, during which residents of nine districts and 38 districts of Punjab would be vaccinated at their doorsteps.

The move is aimed at vaccinating people who have not yet vaccinated themselves, as reports indicate that many people have not received anti-corona virus jobs.

Lahore CO Dr Faisal Malik said. Geo News. He has been instructed to ensure that those who have not yet received the vaccine are vaccinated.

“Those who refuse to vaccinate themselves will be prosecuted,” he said.

Asad Omar called for improvement in COVID-19 vaccination in some cities.

On Twitter, Omar praised the progress of vaccination in Islamabad, Peshawar, Gilgit, Sargodha and other cities. The Federal Minister, however, stressed the need to improve the vaccination process in Karachi, Hyderabad, Nowshera, Faisalabad, Quetta, Mardan and other cities.

“To ensure that there is no fifth wave of code-19, we need to meet vaccination targets,” he added.

The Federal Minister for Planning had said that despite the rapid decline in new COVID-19 cases, we would remain weak if people did not get vaccinated in large numbers.

Appealing to the public to get vaccinated against COVID-19, the minister said, “Remember that the second dose is very important to protect against COVID.”