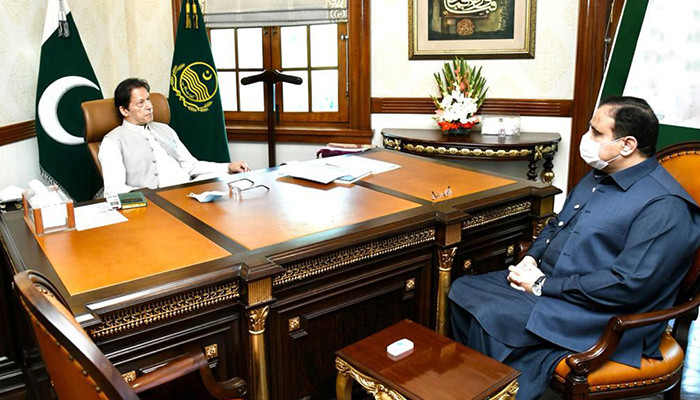 The Prime Minister issued the directive during a meeting with Chief Minister Bazdar during his visit to Lahore.

The Prime Minister said that the government was well aware of the plight of the common man due to inflation, so it would ensure maximum relief to the people.

He said that price control committees have been formed to control inflation. He also said that indiscriminate crackdown on hoarders and profiteers would continue in the province.

The Prime Minister directed Bazdar to complete all the ongoing development works within the stipulated time and ensure their quality.

Prime Minister Imran Khan said the law was “equal for all”, adding that the government was working to ensure the rule of law in the country.

During the meeting, Bazdar apprised the Prime Minister about the efforts of the Punjab government to provide relief to the people.

He also apprised the Prime Minister of the progress of ongoing development projects in Punjab and said that they were in full swing.

In addition, the Chief Minister apprised Prime Minister Imran Khan of the steps being taken to make the local bodies operational.

Sources told Geo News that in a meeting with Prime Minister Imran Khan, Sarwar said that the European Union would decide in favor of Pakistan when it comes to extending the status of GPS +.

The Governor briefed the Prime Minister on his visit to Europe aimed at expanding the status of GSP +.

The Prime Minister appreciated the role of the Governor in this matter.

Sources said Sarwar told Prime Minister Imran Khan that he had met 30 members of the European Parliament, including four vice presidents, during his visit.

He told the Prime Minister that members of the European Parliament recognize Pakistan’s role in peace efforts in the region.

According to sources, the governor said that Pakistan’s role in the Afghan peace process was “appreciated by all” in Europe.

Sources said that European parliamentarians have promised to support the expansion of Pakistan’s GSP + status.

He further said that administrative and political issues of the province were also discussed during the meeting between the Prime Minister and the Governor.