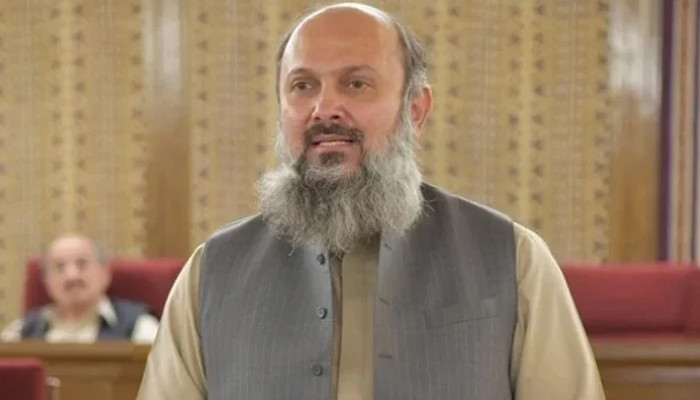 QUETTA: Balochistan Chief Minister Jam Kamal on Saturday clarified that he did not resign from his post following rumors of his resignation.

“I did not resign and such rumors. [should] Don’t spread it, “Kamal wrote on Twitter.

A spokesman for the governor of Balochistan also clarified that Khan’s resignation had not been received.

Khan had on Friday night claimed that 80 per cent of the 41 members of the Balochistan Assembly stood by him who had opposed the no-confidence motion against him two days ago.

On Twitter, Khan claimed that 80 of the coalition legislators in the provincial assembly – including the BAP, PTI, ANP, ADP, JWP, PPP, Azad and BNP – O support them.

It may be recalled that out of 65 lawmakers present in the Assembly on Wednesday, 33 had supported a no-confidence vote against Chief Minister Khan.

Addressing the assembly session, BAP spokesman Abdul Rehman Khetran had demanded the immediate release of five “missing” lawmakers and said the assembly had lost confidence in the chief minister.

“We demand immediate removal of Jam Kamal from the post of Chief Minister,” Khetran said. “Due to its poor governance, the province suffered from despair, stigma and unemployment, while the performance of various departments was severely affected.”

Khetran added that CM Khan, “assuming he is the wisest, has been making all the decisions about the province himself.”