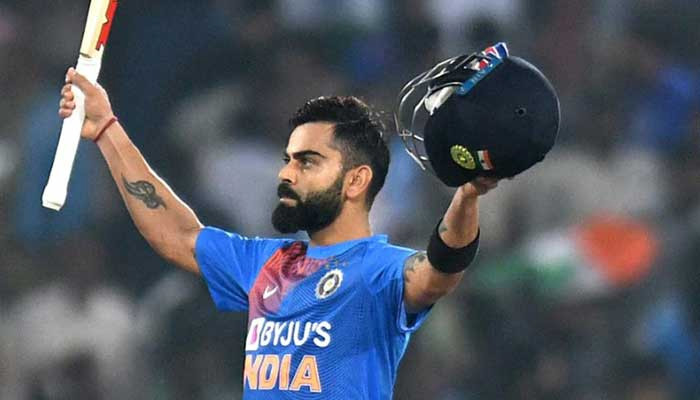 Dubai: India captain Virat Kohli said on Saturday that he would face a very strong Pakistani team in the opener of his T20 World Cup and beat his unbeaten record against his opponents.

India have beaten Pakistan in all their 12 matches in the T20 and 50-over World Cup.

“We never talked about these things about our record and past performance,” Kohli told reporters at the impending clash in Dubai on Sunday.

“These things are disturbing. The important thing is how we prepare and act on this particular day, regardless of the opposition.”

Kohli said that regardless of his past dominance, Pakistan has always been full of talented players.

“I think Pakistan is a very strong team and has always been a strong team,” he said.

“You have to play your best cricket against them, because they have a lot of talent and players who can change the game.”

Babar Azam’s Pakistan will try to break the junk of the World Cup against India, which has won all five matches in the T20 showpiece event.

Babar, Mohammad Rizwan and Fakhr Zaman are the key to the team’s batting while Shaheen Shah Afridi and Hassan Ali lead the strong bowling attack.

Despite all-rounder struggling with his bowling, Kohli backed his team’s match-winners, including Hardik Pandya, to do well in the tournament.

“He is getting better for us in terms of preparing for two overs,” Kohli said.

“The thing that brings him to number six is ​​something you can’t make overnight and that’s why I’ve always been in Australia to support him purely as a batsman.

“When he’s in full flow, he can take the game away from the opposition.”

Pandya emerged as India’s top all-rounder after his white ball debut in 2016 but back injuries affected his career and he underwent back surgery two years ago.

The fast bowler did not bowl for his team Mumbai Indians in the second round of the Indian Premier League (IPL) in the United Arab Emirates.

But Kohli says the attacking batsman is the team’s asset in the shortest format.

“We think he is the number six batsman in the team,” said Kohli.

“In world cricket, if you look around you, there are experts who do this and it is very important for this man to be especially in T20 cricket.

“He is excited and eager to start giving us two overs and when that happens, the balance obviously gets even better.

“But we are very confident about how we are going to start this tournament.”

The tournament is Kohli’s last match as captain of the national T20 team, but he declined to comment further.

“Our focus is to play well in this World Cup and that’s what we need to do as a team,” he said.

“I’ve explained myself very honestly (on Twitter). If people think there’s more to it, I’m sorry for them.”