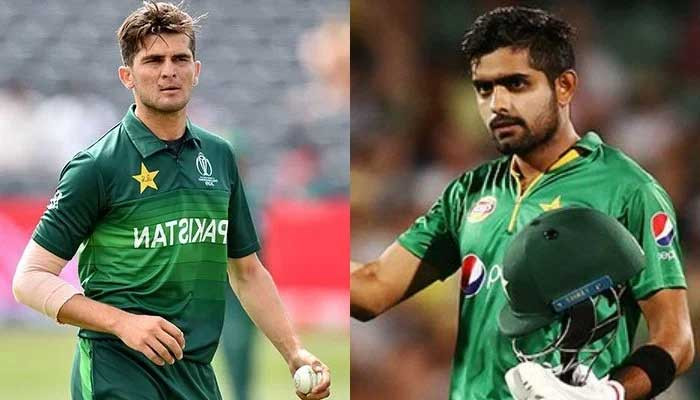 Pakistan captain Babar Azam on Saturday announced a 12-member squad that will face India in a high-voltage clash on Sunday.

Geo News had earlier reported that the team management has decided to include senior and experienced cricketers in the playing XI for most of the T20 World Cup, including the blockbuster India clash on October 24. Also

A source told Geo News earlier this week that “Pakistan has decided to go into the match against India with a mix of senior and experienced cricketers.”

“Unless the fitness issues escalate, the same combination that is playing in the warm-up matches will be seen in action against India,” the source said.

The squad led by Babar Azam is trying to break the junk of the World Cup against India.

The Pakistani team will try to end its losing streak against India in the ICC Men’s T20 World Cup when the two rivals start their title race in the blockbuster on Sunday.

India have beaten Pakistan in all their 12 matches in the T20 and 50-over World Cup.

However, Pakistan is in the UAE with 10 consecutive victories in the Super 12 and former Pakistan all-rounder Mudassar Nazar believes that the team has struck the right balance to challenge Virat Kohli’s India.

“A week ago I had concerns about the team but now they have made some changes and they are now seeing a good, balanced aspect,” Nazar told AFP.

“Pakistan has a great opportunity because they have experienced players who have played a lot against India. India starts as favorites and they have coverage in all fields but no one in the T20s has their own The day can beat anyone. “

Azam, who is in top form with two T20 centuries this year, believes his team can break the junk of the World Cup.

“We have definitely played a lot of cricket in the UAE,” Babar said when asked about his team’s 0-5 record against India in the T20 World Cup clash.

“These conditions are right for us and we know how to play here. We need to keep things simple in all departments.”

The two teams last met in England in the 2019 ODI World Cup as India only play Pakistan in multinational matches after severing bilateral cricket ties with their neighbors following the 2008 Mumbai terror attacks.