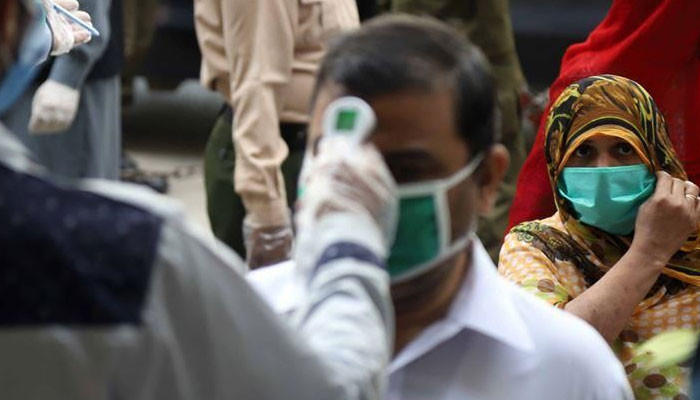 The number of active cases also continued to decline, with 23,917 recorded on Sunday.

According to the latest NCOC figures, 43,522 COVID-19 tests were performed nationwide in the last 24 hours, of which 591 tested positive. Less than 700 infections have been recorded daily in the country this week.

Official figures show that the country reported a positive corona virus rate of less than 2% for the ninth day in a row.

According to the official portal, the rate of positive cases during the last 24 hours was 1.35%. Since October 16, Pakistan’s positive rate has been less than 2%.

Earlier this week, active cases in Pakistan fell below 25,000 after more than seven months, while daily corona virus infections fell to their lowest level in a year.

COVID-19 infections are declining in Pakistan, with an average of 611 new infections reported daily. That’s 10% of the peak – the highest daily average reported on June 17.

Pakistan has so far given at least 99,335,067 doses of the vaccine. Suppose each person needs 2 doses, which is enough to vaccinate 22.9% of the country’s population.

According to the report, an average of 670,981 doses were given daily in Pakistan during the last week. At this rate, it will take another 65 days to provide adequate food for another 10% of the population.