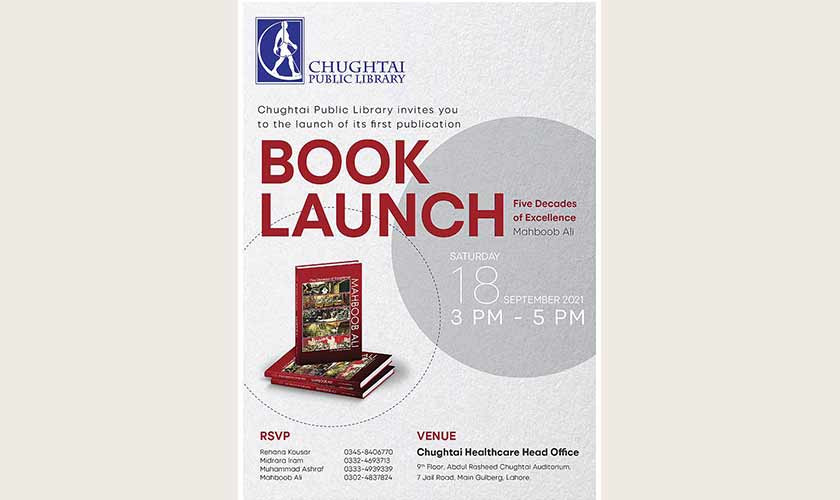 The virtue of five decades.

M.Ahboob Ali clung to the art of xylography: the technique of making woodcuts and woodcut prints. He has created colorwood cut prints using hundreds of colors. This means that he has cut hundreds of wooden blocks, made sketches on wooden blocks and then cut them with proper registration with strict registration of each block.

The work involved in art is often overlooked because it is often thought that the final and finished work is a good testament to the quality of the workmanship, but it is well known that many forms of art consisting of different mediums require more effort and hard work. Is required. Secondly, it is hardly recognized as a virtue in itself, but the work created by Mehboob Ali over a period of 40 years is a manifestation of the hard work he has put into it. It speaks of his commitment and dedication to the world of colors and lines. It should be praised for that. Hard work is obvious to only one expert. This is exactly what the author of the book has done in praising the hard work he has put in, pointing out that it can handle a standard in the work.

Mehboob Ali Bhati was born in Noor Mohalla near Achi Masjid inside the door. His early education was with Naseer Shah of Malik Theater. While in school, he regularly visited the Arrows Cinema in Gawalmandi and learned to draw graphs to make large boards. His thirst for learning took him to Al-Hamra where Khalid Iqbal, Ustad Bashiruddin, Colin David and Miss Qazi developed his raw talents. Peter Hassan Ali, a friend of Shakir Ali, was the principal of the National College of Arts. Recommended to them. This made it possible for him to enroll in college, where he was a design student. As he progressed into the four-year program, he could be credited with being one of Professor Ahmed Khan’s favorite students.

It was Professor Khan who asked him for old Lahore woodcut prints in his graphic design class. It is important to emphasize the connection between the work of Walled City and Mehboob Ali. Architectural cuts and angles in the streets and buildings have been its source of inspiration. He wanted to make them permanent in the form of wooden signs.

Sometimes, however, attention is diverted from the walled city, its buildings, and the various colors that draw its mood to the problems of the situation that may claim its attention. The people, forever, will be the main focus. ‘A proper study of mankind is man,’ he seems to follow. Benazir Bhutto’s frequent representation, diverse posters and slogans, various movements, political and social, or issues that have highlighted our society over the past five decades have made her work known. The dream of building an equal order, the dignity of hard work and the never-ending hope have been some of its constant themes.

One is also taken through pencil sketches and drawings which he has made of various personalities, portraits and sketches. He also specializes in using pistols, pens and ink and collages and painting.

In addition to the wooden markings in the book under review, the excellent quality of stretches and drawings is also very attractive and indicates a complete dedication to handicrafts. The colors of the water also point to the skill that the artist has acquired and the skill that he uses, thus, devalues ​​the value of the skill and expertise.

In recent times, the emphasis on experimentation and weakening of the medium has diverted attention from the need for skills. Skill is an indispensable tool that makes vision possible, otherwise it is lame, half-baked and very vague. Absolute or absolute necessity of skill is so valuable through Mehboob Ali, it speaks for itself in the skin under consideration.

There may also be a historical dimension to the work, according to city documents, which is rapidly disappearing under commercial and demographic constraints. It is very possible that in the near future the works of artists like Mehboob Ali will be a more authoritative reference to understand the spirit of Lahore city.

This is a great book. The same should be true with a published document on painting and visual materials. Pictures of Mehboob Ali’s work are beautifully printed. Equal attention should have been paid to the editing of the text, which is sloppy in some places.

No one usually equates libraries with laboratories, conducting clinical trials. However, Dr. AS Chughtai has created several public libraries to spread knowledge without any discrimination, under a common Chughtai Public Library label. The library runs a wide range of activities, one of which is the production of literature on Pakistan’s culture and history. In addition to a large array of activities, it has stepped into publishing. This is the first step in that direction. It seems that the library is not limited to a single site.

Professor Shaukat Mehmood, author, is no stranger to the country’s art and intellectual circles. A PhD in Islamic architecture from Edinburgh, he has been the Dean of Architecture and Planning at the University of Engineering and Technology. He is the author of many books and has twice been honored by the Government of Pakistan.