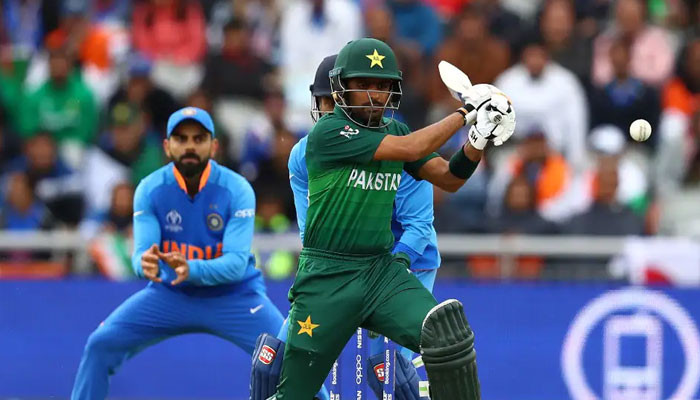 Pakistan will start their T20 World Cup campaign with a match against India at the Dubai International Stadium today.

Billions of cricket fans from around the world will be glued to their television screens, and about 30,000 former spectators will be inside the stadium to watch the match between the two former champions at 7pm Pakistan Standard Time. Will start at 00

The match will be covered live here.

India had won the inaugural tournament by defeating Pakistan by five runs at The Wanderers in Johannesburg in 2007. Earlier, Pakistan had won the trophy by defeating Sri Lanka by eight wickets at Lord’s in 2009.

In the ICC T20 World Cup 2007, Pakistan and India met in Durban in the first T20 format, which was won by the two sides in a bowl out after finishing by 141 runs. Since then, the two sides have played each other four times – including the final of the 2007 edition – in the T20 World Cup.

India is second and Pakistan is third in the ICC T20I rankings, just five points behind. On Tuesday, Pakistan’s rival New Zealand is in fourth place with 257 points.

Today’s Green Shirt win will narrow the gap between the two sides to one point, with India falling by 264 points and Pakistan by 263 points, while a win over New Zealand on Tuesday could make Pakistan a better place. C will come second in the rankings. .

From 2009 to 2019, when Test cricket returned to Pakistan, the UAE was Pakistan’s home ground.

During this period, Pakistan reached No. 1 in the T20I team rankings after winning 21 out of 36 T20s with 13 losses and two draws.

What did Pakistan and India say?

In a virtual press conference before the crucial match, Pakistan captain Babar Azam played his team’s poor record against India, which has yet to see a win in the T20 World Cup.

“Records are about to be broken. What happened in the past is history. We are looking to the future without paying any attention to the record. The players are in good form and hopefully they will take it to the opening match against India.” We have all the capabilities we need to beat them, “the captain said, dismissing the impression of facing any unnecessary pressure for the match.

Meanwhile, Indian captain Virat Kohli praised the Pakistani players and said that there are some capable players who can win matches against any side.

“[The] The Pakistan team has some very talented and capable players who have the potential to win the match one day. So it is not wise to take them lightly. They are fierce rivals. We have to play our best cricket to beat them, ”Kohli said.