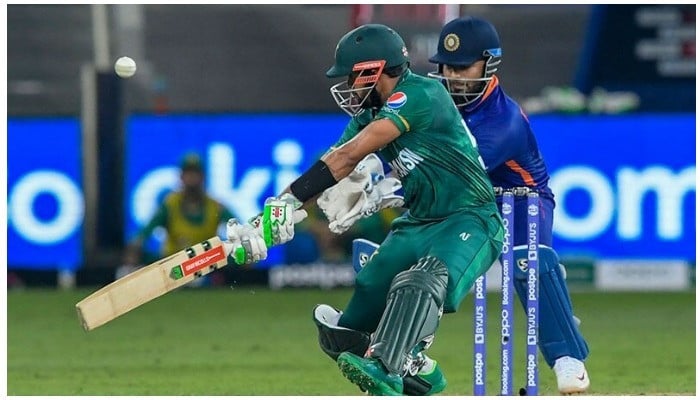 India and Pakistan have clashed a total of six times in the T20 World Cup, with Man in Green winning the match and Man in Blue winning the other five.

Babar (68) and wicketkeeper Rizwan (78) managed to complete the best partnership against India, the largest partnership ever by any team for any wicket against Man in Blue and David Warner and Shane Watson is ahead of 133.

After Babar decided to bowl first, India gave Pakistan a target of 152 runs.

Pakistani bowlers were on top of India, as they took quick wickets and packed the Man In Blue batsmen. Shaheen Shah Afridi also dismissed Indian captain Virat Kohli for the first time, who was never dismissed by Pakistan in the T20 World Cup.

India were not impressed with the bat, but Kohli played the captain’s innings in which he scored 57 off 49 balls, while Rishbha Pant also added 39 runs to the total.

India managed to score 157 runs for the loss of seven wickets.