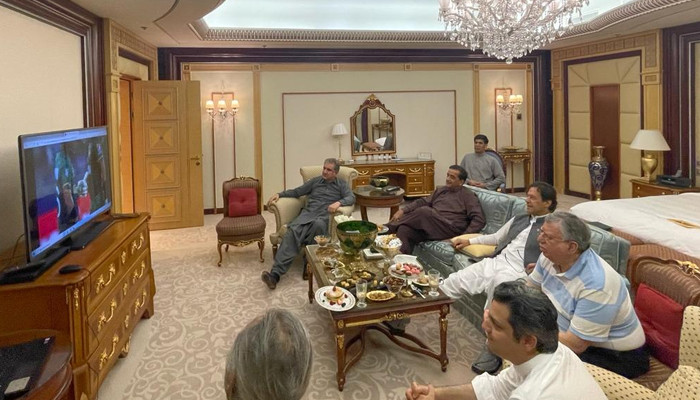 After a historic victory over India in the T20 World Cup on Sunday, Prime Minister Imran Khan and other leading politicians praised the Pakistani team.

This was the first time India lost by 10 wickets in the T20 format.

Congratulations to the Pakistani team, especially Babar Azam, who led from the front, as well as Rizwan’s brilliant performance. [and] Shaheen Afridi, “Prime Minister Imran Khan wrote on Twitter.

Sharing a photo of himself watching the nail-biting match, he added: “The nation is proud of you all.”

Pakistan cricket team has made us all proud.

Federal Minister for Planning and Development Asad Umar was on the moon and praising Babar Azam and Muhammad Rizwan.

Leader of the Opposition in the National Assembly Shahbaz Sharif congratulated the team and said, “Well done, Team Green.”

Like other politicians, Punjab Chief Minister Usman Bazdar also congratulated the national team on winning the match against India.