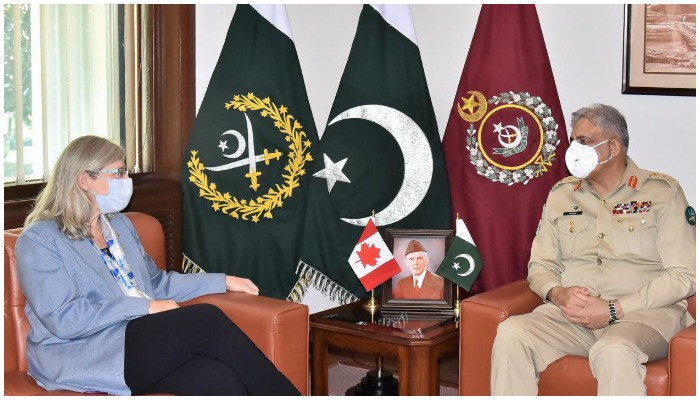 RAWALPINDI: Army Chief General Qamar Javed Bajwa on Monday said that global unity was needed in Afghanistan to avert a humanitarian crisis in the country.

Bajwa’s statement came during a meeting with Canadian High Commissioner to Pakistan Wendy Glamor at the General Headquarters in Rawalpindi on Monday.

During the meeting, Army Chief General Bajwa and Gulmore discussed issues of mutual interest, bilateral cooperation in various fields, the overall regional situation and peace and stability in Afghanistan, according to a statement issued by Inter-Services Public Relations (ISPR). Of

The Army Chief said that Pakistan wants to maintain the tradition of bilateral relations and long-term and multifaceted lasting relations with Canada.

The statement further said that General Bajwa reiterated the need for concerted efforts for the economic development of the Afghan people as well as global unity in Afghanistan to avert humanitarian crises.

The guest of honor appreciated Pakistan’s role in the Afghan situation, including successful evacuation operations, and pledged to continue working for better relations between the two countries.