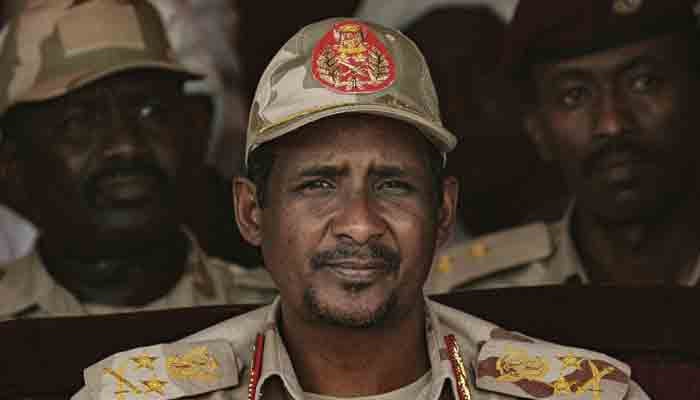 Khartoum: Civilian members of Sudan’s ruling council and interim government ministers were detained on Monday by joint military forces, the information ministry said, in which activists condemned the “uprising”.

The arrests come at a time when tensions are running high between military and civilian figures who have been in power since August 2019, following the ouster of dictatorial President Omar al-Bashir in August.

Internet services were cut off across the country and major roads and bridges to the capital, Khartoum, were closed, the Information Ministry said.

An AFP correspondent reported that dozens of protesters set fire to car tires as they took to the streets of the capital to protest the detention.

“Civilian members of the Interim Autonomous Council and several ministers of the interim government have been detained by joint military forces,” the ministry said in a statement on Facebook.

“They have been taken to an unknown location.”

The statement did not specify whether Prime Minister Abdullah Hamdouk was among those detained, despite media reports that he was under house arrest.

The Sudanese Professionals Association, an umbrella group of trade unions that was key to leading the 2019 anti-Bashir protests, called it a “military coup” and urged protesters to resist.

The development comes just two days after a Sudanese group tried to stop an unidentified mob from attacking a news conference demanding the transfer of power to civilian rule.

Sudan has been undergoing uncertain change since Bashir’s ouster in April 2019, affected by political divisions and power struggles.

Since August 2019, the country has been led by a civilian military administration tasked with overseeing the transition to full civilian rule.

But the main civilian bloc – the Forces for Freedom and Change (FFC) – which led anti-Bashir protests in 2019, has split into two factions.

“The crisis at hand is engineered – and it’s in the form of a crawling uprising,” Yasir Arman, a mainstream FFC leader, told a news conference in Khartoum on Saturday.

“We renew our confidence in the reform of the government, Prime Minister Abdullah Hamdock, and the transitional institutions – but without any order or imposition,” Arman added.

Tensions between the two sides have long been high, but differences escalated after a failed coup on September 21 this year.

Last week, tens of thousands of Sudanese marched in several cities to support a complete transfer of power and to counter the days-long sit-in outside the presidential palace in Khartoum, demanding the return of “military rule.”

Hamdouk has previously described the split in the interim government as “the worst and most dangerous crisis.”

On Saturday, Hamdouk denied rumors that he had agreed to a cabinet reshuffle, calling them “incorrect.”

The Prime Minister also stressed that he does not have a monopoly on the right to decide the fate of transitional institutions.

The US embassy in Khartoum said Feltman called for US support for a civilian-democratic transition in line with the aspirations of the Sudanese people.

Analysts say recent large-scale protests have shown strong support for civilian-led democracy, but warn that street protests could have little effect on powerful factions that return to military rule. ۔