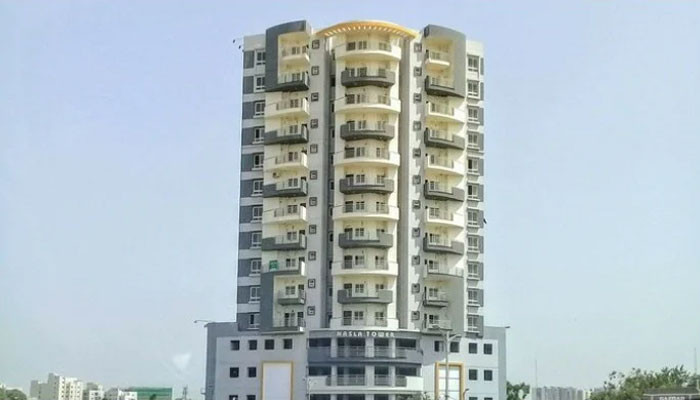 KARACHI: The Supreme Court (SC) on Monday directed the concerned authorities to demolish the 15-storey Nusla Tower in Karachi in a week through controlled explosions.

Chief Justice of Pakistan Gulzar Ahmed, after hearing a case related to illegal construction of a residential complex on Service Road on Faisal Street, ordered the demolition of the high-rise building.

In June, the Supreme Court ordered the demolition of the tower over its illegal construction on Service Road, and asked builders to return registered buyers of residential and commercial units within three months.

The Chief Justice directed the owner to pay compensation to the occupants.

During today’s hearing, the Chief Justice directed the owner of Nasila Tower to pay compensation to the occupants and directed the Commissioner Karachi to pay the victims.

The court also directed the concerned authorities to submit a compliance report within a week.

The bench said the tower should be demolished with a controlled blast and no damage should be done to the surrounding buildings or people.

Earlier this month, residents of Nusla Tower were issued a notice to vacate the building or face legal action by October 27.

The notice was issued on October 12 after a Supreme Court rejected a review petition by a District East official, asking the court to withdraw its order to demolish the Nesla Tower.

The order said the commissioner would have to submit a report on the directions of the Supreme Court and ensure that the building was vacant.

Read the notice that you need to vacate the building within 15 days.

The Supreme Court also quashed the restraining order issued by the Sindh High Court in a case related to encroachments on Gujjar, Orangi and Mahmoodabad canals.

The court ordered the administration to remove all encroachments along these drains.