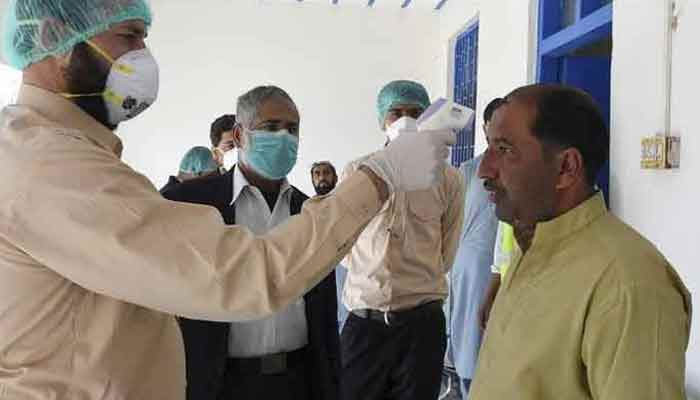 ISLAMABAD: The number of daily CoV-19 infections in Pakistan continues to decline as 572 new cases have been reported in the country in the last 24 hours, National Command and Operations Center (NCOC) data showed on Tuesday morning. ۔

For the second day in a row, less than 10 people died of the corona virus in a single day in the country today, according to NCOC figures.

After 42,096 tests across the country in the last 24 hours, 572 fresh COVID-19 infections were reported, bringing the total number of such cases nationwide to 1,269,806. In the last 24 hours, six people have lost their lives to the virus, according to the NCOC.

The day before, Pakistan recorded the lowest daily COVID-19 death in 2021 when less than 10 people lost their lives to the virus in 24 hours, NCOC figures showed. It put the daily death toll at nine.

In addition, 310 people recovered from the virus, bringing the total number of recoveries to 1217,218. This brings the number of active cases in the country to 24,196.

Pakistan, meanwhile, reported a positive corona virus rate of less than 2% at 1.35% for the 11th consecutive day.

Last week, active cases in Pakistan fell below 25,000 after more than seven months, while daily corona virus infections fell to a one-year low.

COVID-19 infections are declining in Pakistan, with an average of 598 new infections reported daily. That’s 10% of the peak – the highest daily average reported on June 17.

Since the onset of the epidemic, 1,269,806 infections and 28,392 corona virus-related deaths have been reported in the country.

Pakistan has so far given at least 100,741,762 doses of the vaccine. Assuming that each person needs 2 doses, it is enough to vaccinate about 23.3% of the country’s population.

During the past week, an average of 657,185 doses were given daily in Pakistan. At this rate, it would take another 66 days to provide adequate food for another 10% of the population.