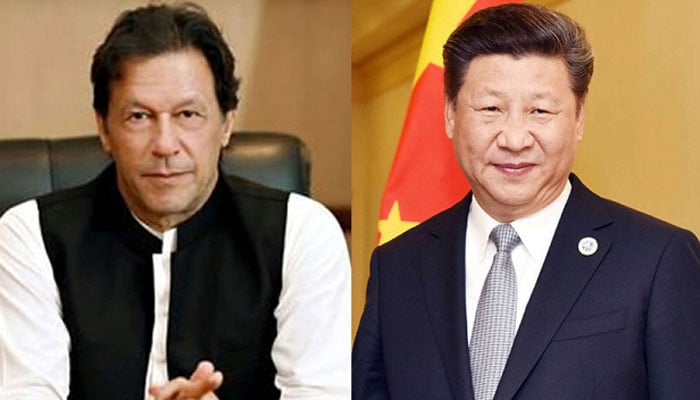 During the telephone conversation, the two leaders also agreed to enhance Pak-China cooperation in relevant fields and to promote the green development of C-Pac as a high quality demonstration of the Belt and Road Initiative.

Prime Minister Imran Khan congratulated President Xi on the centenary celebrations of the Chinese Communist Party, the unprecedented victory of the Chinese people in the fight against total poverty, and praised China’s remarkable progress in four decades of reform and openness.

The two leaders also congratulated each other on the important milestone of the 70th anniversary of the establishment of diplomatic relations between Pakistan and China, reviewed all aspects of the partnership based on bilateral strategic cooperation and discussed the regional and international situation. What

Assessing the negative impact of COVID-19 on the global economy, the two leaders agreed to further strengthen bilateral economic and trade relations, including the full potential offered by Phase-II of the China-Pakistan Free Trade Agreement. Perception is also included. To overcome the economic downturn.

According to the statement, he praised China’s “significant role in tackling climate change” and briefed President Xi Jinping on Pakistan’s comprehensive measures to mitigate and adapt to climate change, including the Ten Billion Tree Tsunami Initiative.

Prime Minister Khan stressed the need to continue the pace of high-level exchanges to further diversify the “All Weather Strategic Cooperative Partnership” between the two countries, the statement said. Renewed the invitation to visit Pakistan. Initial facility.

On the occasion, the two leaders called on the international community to provide immediate humanitarian and economic assistance to the people of Afghanistan to end their suffering, instability and flight of people, as well as the country’s Continue to engage in reconstruction.