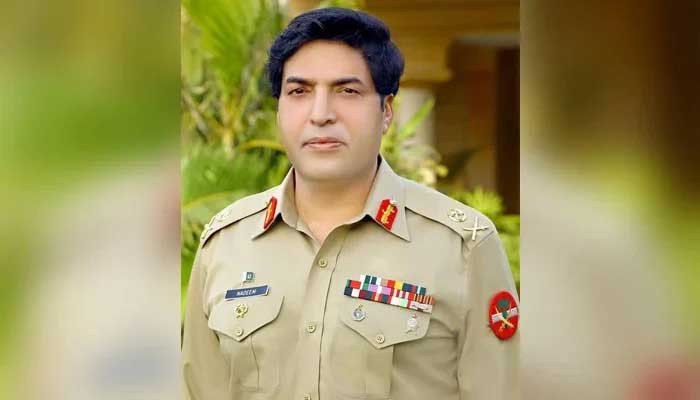 The government has issued notification of the appointment of Lt. Gen. Nadeem Anjum as the new Director General of Inter-Services Intelligence (ISI).

The ISPR had announced the appointment of Lieutenant General Anjum on October 6 and has been awaiting confirmation from the Prime Minister’s Office ever since.

Lt. Gen. Hameed will then serve as the new Corps Commander Peshawar.

Following the news of the appointment, the Prime Minister’s Office tweeted that the meeting between Prime Minister Imran Khan, Army Chief General Qamar Javed Bajwa and Lieutenant General Hameed earlier in the day was part of an ongoing consultation process between the Prime Minister and the Army Chief. Staff at the time of the change of command at ISI and the selection of a new DG ISI. “

This was followed by the final round of consultations between the Prime Minister and the Army Chief today.

The Prime Minister’s Office said that after this “detailed consultation process”, Lt. Gen. Anjum was approved as the new DG ISI.

“The nominated DG ISI will assume charge on November 20, 2021,” the statement added.

Lieutenant General Anjum was the commander in Operation Zarb-e-Azb and was promoted to the post of Inspector General of Frontier Corps Balochistan during Operation Redalfsad. He has also held the post of Corps 5 Sindh.

The newly appointed ISI chief is a graduate of NDU Islamabad and holds a master’s degree from King’s College London and NDU, the ISPR said.