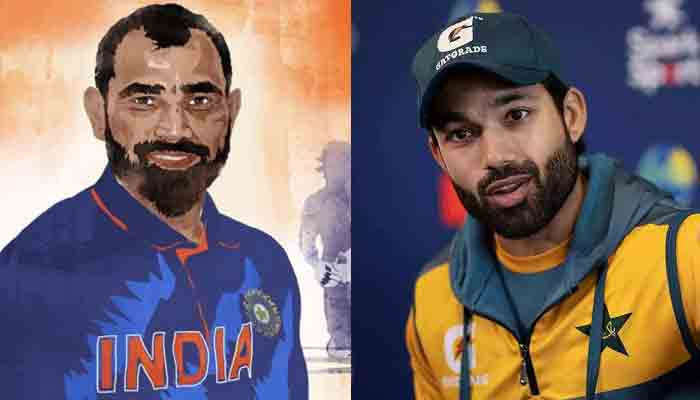 Mohammad Rizwan came out in support of Indian bowler Mohammad Shami, who faced online abuse after his team lost a crucial T20 World Cup match against Pakistan on Sunday.

The 31-year-old bowler was subjected to hatred and abuse after Pakistan’s defeat to India in Dubai, although India captain Virat Kohli admitted that his team was out.

Mohammad Rizwan said in a tweet with the example of Syria, “The kind of pressure, struggle and sacrifices a player has to go through for his country and his people is immense.”

Mohammad Shami is a star and in fact one of the best bowlers in the world, he added, “Please respect your stars. This game should bring people together and not divide them.

Thousands of Twitter messages were left on social media, including on Syria’s Instagram account, calling him a traitor and accused of taking money to throw the game.

“We support everyone who represents Team India,” said batting legend Sachin Tendulkar. Shami is “a determined, world-class bowler. He has the same off-day as any other player.”

“If you can’t stand up for your partner who is being abused and trolled, then your BLM is nothing,” Abdullah said on Twitter.

“Ignore the haters, most of India is grateful for your efforts,” said another Instagram supporter.