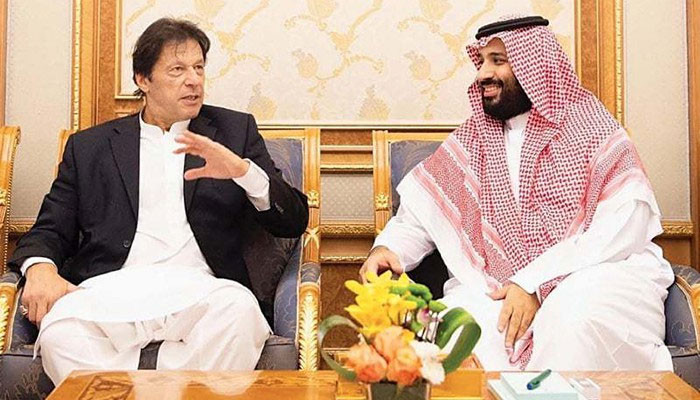 Chaudhry shared a statement from the state-run Saudi Press Agency.

According to the statement: “The Saudi Fund for Development (SFD) has requested the Pakistani government to raise 3 3 billion in the State Bank of Pakistan to support and assist in its foreign exchange reserves. Announcing the release of the Royal Directive. Corona virus is facing the effects of epidemics. “

In addition, a royal directive was issued to “finance the oil-derived trade with a total of 1. 1.2 billion a year.”

Energy Minister Hamad Azhar said in a statement that the Saudi Development Fund had “generously announced a 2 1.2 billion annual deferred oil facility for Pakistan and a 3 3 billion deposit with the SBP.”

“This will help ease the pressure on our trade and forex accounts as a result of rising global commodity prices,” the minister said.

In May, Chaudhry had said that Saudi Arabia had agreed in principle to restore oil supplies to Pakistan on deferred payments.

Earlier, Saudi Arabia had provided a financial package of 6 6 billion, of which ارب 3 billion was deposited in the State Bank of Pakistan and the remaining ارب 3 billion was for oil facility on deferred payment on an annual basis.

During Saudi Crown Prince Mohammed bin Salman’s visit to Pakistan, Saudi Arabia had agreed to supply oil for the past three years. This facility was activated from July 2019 with the understanding that the first year’s bill would be paid on a monthly basis and then the second year’s oil would be obtained on deferred payment.

The facility was agreed for three years with the possibility of a second and then a third year rollover. The two sides agreed that the facility would be provided through IDB’s Islamic Trade Financing Facility (ITFC). It is not known how much Pakistan benefited in its first year, and the facility was later suspended.