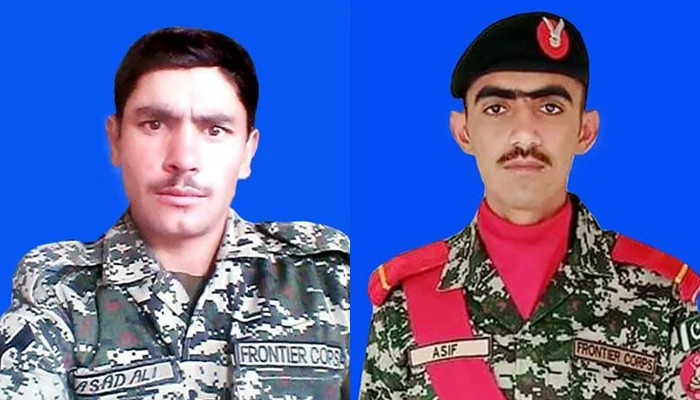 RAWALPINDI: Two soldiers were martyred in an exchange of fire between security forces and terrorists while trying to infiltrate into Pakistan from the Pak-Afghanistan border in Kurram, the Pakistan Army Public Relations (ISPR) said on Wednesday.

The incident took place on the night between October 26 and 27. Under the guise of darkness, terrorists from Afghanistan tried to cross the border into Pakistan.

Responding to the threat, security forces launched an immediate response and successfully thwarted the attempt. However, Lance Naik Asad, 24, a resident of Kurram and Asif, a 21-year-old soldier from Lakki Marwat, were martyred in the exchange of fire.

The media wing of the army said that Islamabad strongly condemned the use of Afghan territory by terrorists for activities against Pakistan and expected that the interim Afghan government would not allow such activities in the future.

The Armed Forces are committed to protecting Pakistan’s borders against the scourge of terrorism and the sacrifices of the country’s brave soldiers further strengthen the Army’s resolve, the ISPR said.