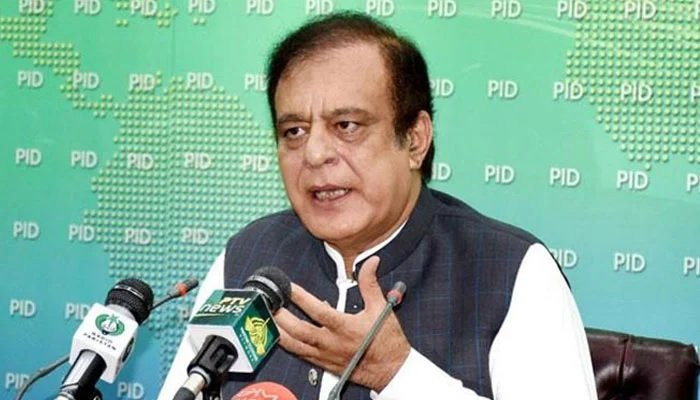 ISLAMABAD: Federal Minister for Science and Technology Shibli Faraz on Wednesday said that the use of electronic voting machines in the next general elections will deprive 3.2 million visually impaired people of the right to vote.

The Minister raised the issue in response to a question posed by MNA Noorin Farooq Ibrahim during the National Assembly session.

In his written reply to the NA, Faraz said that EVMs lack Braille feature which enables the visually impaired to vote.

“If we need to add a feature to the EVM system, new instructions should be issued to the Election Commission of Pakistan,” he said.

He added that some polling stations would not even have ramps for people with disabilities.

The use of EVMs has been hotly debated between the government, the opposition and other stakeholders, with the Center claiming that it is a way to make elections transparent in the country.

It is noteworthy that Faraz has always stressed why the country should move towards a new method of polling under government-backed electoral reforms.

‘Next elections will be held through EVM at all costs’

Earlier this month, Prime Minister Imran Khan had said that the next general elections would be held through EVMs at all costs.

Addressing the PTI’s core committee on Thursday, the Prime Minister said, “We will give overseas Pakistanis the right to vote, so be prepared.”

During the meeting, the Prime Minister directed the committee members to complete the ongoing development projects as soon as possible and keep them informed of the progress in their respective constituencies.

Highlighting other issues, the Prime Minister said: “Inflation is a global problem and inflation in Pakistan is lower than other countries.”

‘Electronic voting is the best solution to election fraud’

Since the development of EVMs, Faraz has been guaranteeing that “EVMs cannot be hacked”. He has repeatedly stated that EVMs are the “best” solution to electoral fraud.