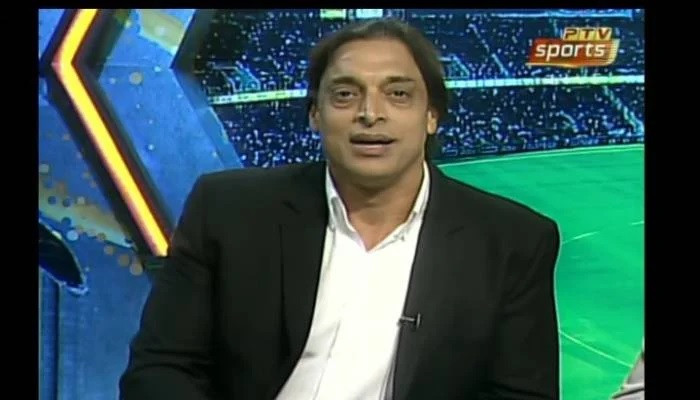 KARACHI: Pakistan fast bowler Shoaib Akhtar has walked out of a live cricket show on state TV channel. PTV Sports Anchor Dr. Noman Niaz asked him to “leave the show” after a discussion.

Rejecting Akhtar, the anchor said that Shaheen Shah Afridi is a product of under-19 cricket.

However, the anchor said that he [Shoaib Akhtar] Was more careful and should leave the show.

The show has seemed a bit unfocused in recent episodes.

After the show resumed, Akhtar was still on the set but he looked restless. At one point, the two tried to play the incident under the pretext of pre-planning and that they were trying to pull each other’s legs.

The fast bowler, however, said in a video statement that it was an attempt to calm the situation after insulting him in front of all the legends of the world.

It is worth mentioning that the participants of the show included cricket stars Viv Richards, David Gower, Azhar Mahmood, Rashid Latif, Aqib Javed and Sana Mir.

Akhtar said, “When Dr. Noman asked me to leave the show, he was showing rudeness and rudeness. It was embarrassing, especially when you have some of my legends on the set like Sir Vivian Richards and David Gower. We are sitting with contemporaries and elders and millions of people, ”Akhtar said. On twitter

“I tried to save everyone from embarrassment by saying that I was pulling Dr. Noman’s leg out of mutual understanding that he would politely apologize and we would move on with the show, which he refused. Given Then I had no choice, ”he added.

Fans on social media have criticized Akhtar in support of him after this episode. PTV Sports Anchor person for your behavior.