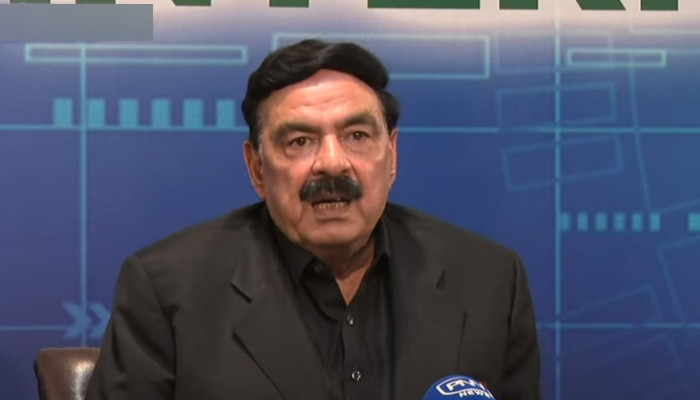 ISLAMABAD: The federal government has decided to summon Punjab Rangers to maintain law and order in the province amid ongoing protests by the banned Tehreek-e-Lubaik Pakistan (TLP).

Addressing a press conference in Islamabad, the Home Minister said that the government wanted to establish peace as there was a lot of pressure on Pakistan.

“We have decided to call Rangers for 60 days to maintain law and order in the province,” Rashid said.

The Federal Minister said that since the French Ambassador was not present in Pakistan, it seemed that the banned organization had another agenda.

“Yesterday, I warned that foreign powers want to impose sanctions on Pakistan,” Rashid said. “The TLP has turned into a militant organization because its members fired Kalashnikovs at police officers.”

“I am still warning the protesters to return home,” Rashid said, adding that the government could not close schools and hospitals because of the protests.

The minister said the government tried to negotiate with the banned organization and kept its word, but “the TLP broke its promises.”

“It is not possible for the government to close the French embassy,” he said, adding that the government had already reached an agreement with the agency and would abide by it.

Meanwhile, the Inspector General of Punjab told a press conference on Wednesday that the police would do everything possible to restore peace in the province.

“Four of our policemen have embraced martyrdom, while 263 have been injured, while members of the proposed organization have opened fire on the forces during their protests,” the IG Punjab said.

“We will not allow this gang to run away from its operations,” the IG added.