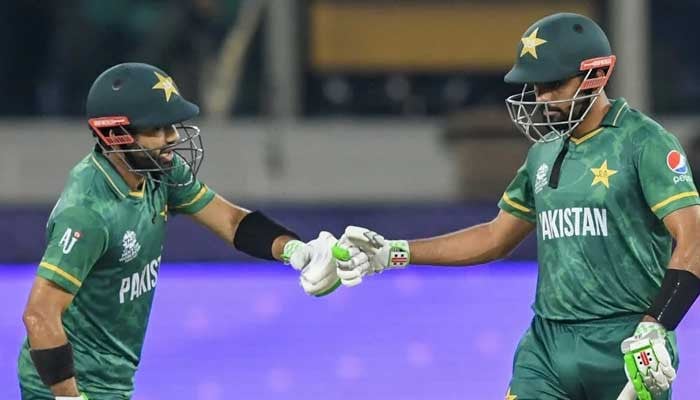 SRINAGAR: Police have launched an investigation after hundreds of students in Indian-occupied Kashmir celebrated India’s recent defeat at the hands of Pakistan in the Cricket World Cup, officials said on Wednesday.

About 300 students from Srinagar’s two top medical colleges gathered in two hostels to watch the match on Sunday and celebrated as Pakistan thrashed India in a high-octane match in Dubai.

Videos of students chanting “Long live Pakistan” went viral. The footage also showed thousands of people in the city and several other towns celebrating on the streets and setting off firecrackers in support of Pakistan.

On Tuesday, police launched two investigations under the Unlawful Prevention Activities Act (UAPA) and raided a hostel, but no arrests were made, a police officer said. AFP On condition of anonymity.

“The videos are being scrutinized to identify the cheerleaders who chanted anti-Pakistan and anti-India slogans at the end of the match and engaged in anti-national activities,” the official said.

According to activists, India has used vague UAPA legislation against thousands of Kashmiri residents, journalists and dissidents.

This allows people to be detained for up to six months – often on rollover – without charge and without bail.

In a separate incident, police detained six residents of the Jammu region for questioning after a video surfaced on social media showing them supporting the Pakistani cricket team.

“Why are we being asked to be loyal to the Indian cricket team? Is it a crime to celebrate the victory of our favorite team? Many of us have been charged or arrested under terrorism laws. Or panic because of being fired from college. ” The student said AFPRefusing to be named

Former Kashmir Chief Minister Mehbooba Mufti criticized the police action on Twitter, saying, “Instead of trying to find out why educated youth identify with Pakistan, the GOI (Government of India) resorted to retaliation.” “

On Monday, a group of Kashmiri students in the northern state of Punjab reported an attack after celebrating Pakistan’s victory, and an Indian school teacher in Rajasthan was fired after posting celebratory messages on social media. ۔

Anger against New Delhi has erupted since August 2019, when the government of Hindu nationalist Prime Minister Narendra Modi revoked the semi-autonomy of the disputed area and brought it under direct rule.

Since then, more than 2,000 people have been arrested under the UAPA, about half of whom are still in prison, according to authorities and rights activists.

On Wednesday, Pakistan’s national security adviser, Moeed Yousaf, criticized the police action in a series of tweets marking the day when the Indian Army took control of Kashmir in 1947.

“This is a country where Kashmiri youth were attacked, beaten and prosecuted just this week because they sided with Pakistan in the cricket match against India and celebrated our victory,” Yusuf said. Joseph said.

Rivals have fought two wars over Kashmir since independence.