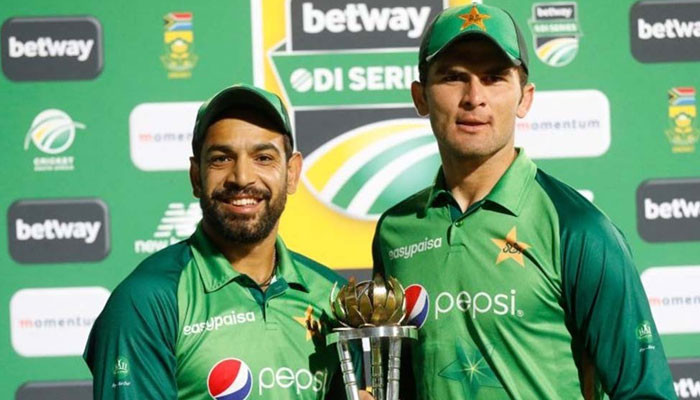 Pakistan’s Haris Rauf and Shaheen Shah Afridi’s rankings have improved in view of their excellent performances during the ongoing T20 World Cup.

The latest rankings released by the International Cricket Council (ICC) on Wednesday show Harris Rauf closing the gap between the top 20 and Shaheen Shah Afridi top 10 bowlers. Among the batsmen, Mohammad Rizwan is approaching the top three.

Rizwan, who was ranked 7th in the batting chart before the start of the World Cup, has moved up to 4th behind Dawood Milan, Babar Azam and Aiden Markram.

Pakistan captain Babar Azam remains second in the batsmen’s chart. However, he has narrowed the gap with topper Dawood Milan.

Harris Rauf, the man of the match in Pakistan’s win over New Zealand, has joined the top 20 in the ICC T20 bowlers’ rankings.

Harris jumped 30 places from 50th to 17th in the rankings. Before the start of the World Cup, Shaheen Shah Afridi was ranked 23rd, the bowlers have moved up 11 places to 12th in the charts, led by South Africa’s Tabriz Shamsi.

Meanwhile, Bangladesh’s Shakib Al Hasan is again at the top of the all-rounders’ rankings.