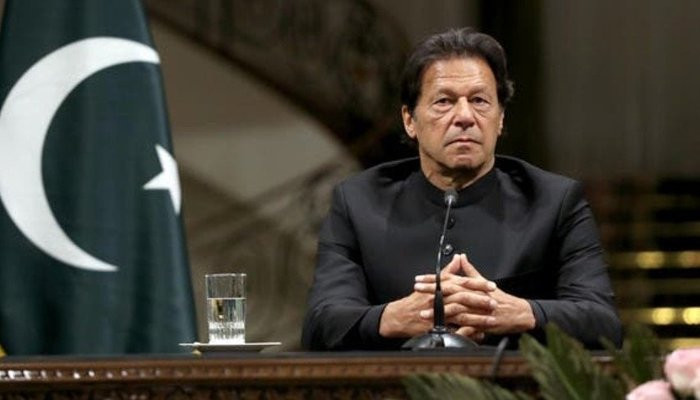 ISLAMABAD: Prime Minister Imran Khan on Wednesday issued a directive to stop the long march announced by the banned Tehreek-e-Libek Pakistan, saying “no one will be allowed to resort to violence for political gain”.

Sources familiar with the matter said that the decision to stop the banned organization from marching was taken at a meeting of the federal cabinet. Prime Minister Imran Khan said in the meeting that the government would not allow anyone to take the law into their own hands.

The Prime Minister was briefed on the protest march of the banned organization. Sources said that the government has decided to stop the protesters from marching beyond Jhelum.

Several policemen were injured in a clash between police and TLP workers in Sadhuke yesterday.

The sources added that the government was adamant not to allow the long march “under any circumstances” and that “no talks will be held with the banned organization.”

According to sources, during the meeting, the Prime Minister said, “The government and the state are on the same page regarding the protests,” adding that if the protesters tried to enter Islamabad, they would be dealt with severely. Will

Highlighting the issue, Federal Minister for Information and Broadcasting Fawad Chaudhry said that the problems with the banned organization should not be aggravated, adding that “this show should end now”.

Speaking to media in Islamabad before the cabinet meeting, Chaudhry had said that the long march on GT Road should end “immediately”.

“The issue of banned TLP will be discussed in detail in the cabinet meeting and the show should end,” he added.

‘TLP not a religious organization’

Later, briefing the media on the cabinet decision, Information and Broadcasting Minister Fawad Chaudhry said, “The TLP is not a religious organization, it is a military wing.”

The minister said the cabinet had decided to deal with the TLP like a militant organization, as it had criticized the banned political party for blocking roads and central arteries in protest.

“They have already done the show six times. The banned TLP cannot blackmail the state, it has no status. In the past, we have defeated terrorist organizations,” he said. Said

The Information Minister, noting the testimony of six policemen during the protest, asked how long the state would remain a silent spectator.

“We do not want bloodshed,” he said, condemning the TLP for blocking roads “for no reason”.

He asked the banned organization not to underestimate the state’s writ, as the government had waited a long time.

Chaudhry said that many people joined the protest with AK-47s in their hands.

The government ordered a crackdown on the banned organization’s social media accounts.

According to sources, Interior Minister Sheikh Rashid Ahmed has directed the concerned authorities to start crackdown against the social media accounts of the banned organization.

Federal Investigation Agency (FIA) sources said they had received instructions, adding that they would take action against the agency’s social media accounts from today.

“If Imran Khan’s sit-in was justified, then why is the TLP’s long march being stopped?” Grace

On the other hand, PDM chief Maulana Fazlur Rehman said: “If Imran Khan’s sit-in was justified when the PTI was in opposition, then why is the TLP’s long march not justified?”

He questioned that if the protest against Nawaz Sharif is permissible then why it is illegal against Imran Khan.

They are preventing the protesters from entering Islamabad. We demand that general elections be held.

“It is the TLP’s legal right to record its protest, so matters should be resolved legally,” Fazal added.

Meanwhile, in light of the developments, Pakistan Railways announced that trains departing and departing from Rawalpindi and Lahore have been directed to use alternative routes.

A spokesman for the railways said that trains were being diverted to Lahore, Sheikhupura, Sargodha and Jhand.

The spokesman said that the operation of Sabk Khurram, Islamabad Express, Rawal Express was suspended while the route of Orange Line from Rawalpindi to Lahore was also suspended.

However, the rest of the trains will run as per their schedule.

Similarly, due to the six-day protest, traffic on GT Road has been suspended, causing severe inconvenience to commuters.

The government has denied closing the French embassy.

The day before, Rashid had said that the government agreed with all the demands put forward by the banned party, except for the closure of the French embassy.

Briefing the media about the progress of talks with the banned organization, Rashid said that in the case of the French ambassador, we have various obstacles in front of us.

The Federal Minister had said that there was a lot of pressure on Pakistan regarding the demand of the banned organization regarding the French embassy.

“If we send packaging to the French ambassador, Pakistan may face various problems,” he said.

Rashid had hoped that the banned organization would end its sit-in as the government had accepted his key demands.

“We want them to reconsider their demand for a French embassy,” he said.

He further told the media that a report of talks with the leadership of the banned outfit has been submitted to the Prime Minister which was also considered in a meeting held today in the presence of Chief Secretaries and Inspector General of Police besides civil and military leadership.

We want peace in the country. We try to resolve all issues with the TLP through dialogue as soon as possible.

Rashid had said that despite the martyrdom of two policemen and the wounding of 70 others, two of whom were in critical condition, the government still wanted to resolve the issue through mutual understanding and co-operation.