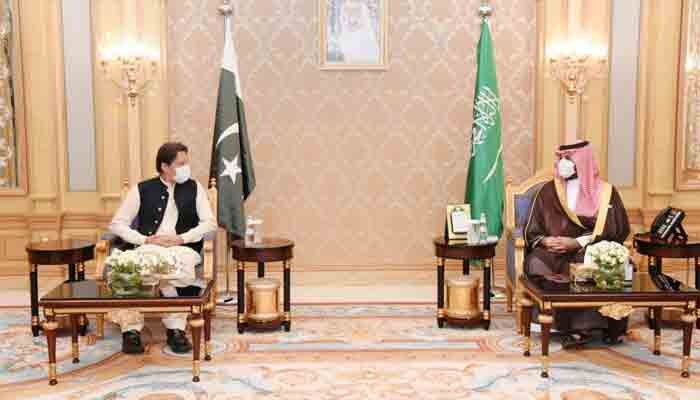 ISLAMABAD: Prime Minister Imran Khan has thanked Saudi Crown Prince Muhammad bin Salman for his support to the State Bank of Pakistan on 3 3 billion in deposits and 1. 1.2 billion in oil supply deferred payments.

In a tweet today, he said that Saudi Arabia has stood by Pakistan in difficult times in which the world is now facing rising commodity prices.

Pakistan is also working to finalize a staff-level agreement with the IMF, and an announcement is expected soon. The package from Saudi Arabia is expected to go a long way in completing the sixth review under the Extended Fund Facility (EFF).

Shaukat Tareen and Energy Minister Hamad Azhar will address a press conference today and brief the media on further details in this regard.

“Saudi Arabia announces ڈالر 3 billion in deposits with Pakistan’s central bank and سال 1.2 billion in refined petroleum products during the year,” he tweeted.

Energy Minister Hamad Azhar said the facility would help ease the pressure on trade and forex accounts as a result of rising commodity prices globally.