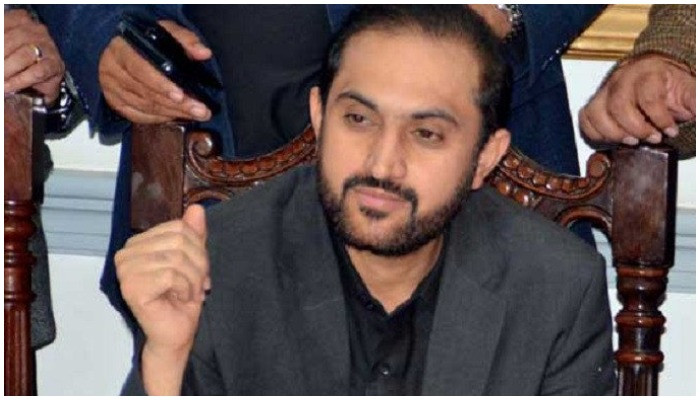 QUETTA: Balochistan Awami Party (BAP) candidate Abdul Qaddos Bizenjo will be made the new Chief Minister as no other candidate has been nominated against him.

After the resignation of the Chief Minister of Balochistan, angry members of the BAP and the opposition, who had gathered at Bizenjo’s residence, celebrated their victory by flashing victory signs.

Sources said that Bizenjo is likely to be elected unopposed in tomorrow’s session of the provincial assembly, he will have to prove that he has the support of a majority in the assembly which is 33 MPA.

Sources said that after getting the support of the majority of the assembly, the governor of Balochistan will issue a formal notification of his appointment. After that, Bizenjo will take oath as the Chief Minister of Balochistan.

Before Jam Kamal Khan came to power in 2018, Bizenjo was the Chief Minister of Balochistan.

Before the deadline expired on Thursday evening, five papers nominating Bizenjo for the post of Balochistan Chief Minister were submitted to the Assembly Secretariat.

Sanjarani took the Prime Minister into confidence on his recent visit to Balochistan.

Defense Minister Pervez Khattak was also present on the occasion.

The federal government has announced its support for the selection of BAP for the post of Chief Minister.

The federal government on Tuesday announced its support for any BAP candidate nominated for the new Balochistan chief minister.

Defense Minister Pervez Khattak announced the government’s decision to support the BAP candidate at a press conference in Islamabad after meeting Sanjarani.

“We will support the decision of the majority within the BAP,” Khattak said, adding that the Center would support who as the new chief minister of Balochistan.

Asked whether the federal government would support Bizenjo, who was nominated by the BAP, Khattak said it was up to the BAP to decide on Bizenjo.

“We will support the decision of the BAP parliamentary group,” he said.

Meanwhile, the united opposition on Monday decided to nominate Hasil Bizenjo as the new chief minister.

Baledi said he would also consult with other coalition parties on the selection of a new leader of the House.

On the other hand, Sardar Abdul Rehman Khetran said that all the coalition parties have nominated Hasil Bizenjo as the next Chief Minister. He said that consultations were underway with PTI for government formation.

“We invite everyone to work together for the betterment of Balochistan,” he said.

He added that the last three years have passed and now they want to work together for the future of the province.

Following his announcement, angry members of the BAP and the opposition, who had gathered at the residence of Balochistan Assembly Speaker Abdul Qaddos Bizenjo, celebrated their victory by lighting the victory sign.

After the resignation of CM Khan, Bizenjo also resigned from his post.