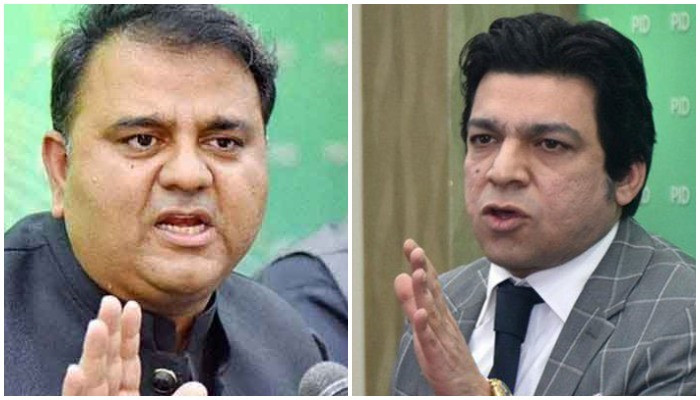 Federal Minister for Information and Broadcasting Fawad Chaudhry on Thursday said that every agreement is made by the government after the approval of Prime Minister Imran Khan.

The statement was made on a private TV channel show when Chaudhry slammed PTI Senator Faisal Wawda’s statement about Prime Minister Iman Khan’s ignorance of the agreement reached between the banned Tehreek-e-Libek Pakistan (TLP) and the government. Denied

Talking to the anchor of another private TV channel’s program, the senator said that Prime Minister Imran Khan was unaware of the “developments” when asked about the government’s motives behind the deportation of the French ambassador.

He said only Wawda would know why he assumed that the Prime Minister was in the dark about the agreement and its provisions as he answered the question as to why Wawda would issue such a statement.

He added that “Wawda is not part of the cabinet” so he may be unaware of the issue.

Earlier on Wednesday, Wawda had said that the ministers who have signed an agreement with the banned TLP should accept responsibility for the current situation instead of placing the responsibility on the Prime Minister.

“Coercion is not the solution to any conflict,” the senator wrote on Twitter.

On the other hand, Federal Interior Minister Sheikh Rashid had earlier said in a press conference in Islamabad in response to a question that the government has entered into an agreement with the banned organization and it will abide by it.

He said the government tried to negotiate with the TLP and kept its word, but “the TLP broke its promises.”

He had said that the government would have to establish its own writ because it was not happy about the loss of human lives.

The minister added that since the French ambassador was not in Pakistan, the banned group seemed to have “another agenda” – one of its demands from the government was to deport the envoy.

“The TLP has turned into a militant organization as its members opened fire on policemen using Kalashnikovs, killing four policemen.”

“I am still warning the protesters to return home,” Rashid said, adding that the government could not close schools and hospitals because of the protests.